“Since 1804 Haiti has maintained national independence. I fling these facts at the feet of the detractors of the Negro and of Haiti. They may help them to solve the problem of her future. They not only indicate the Negro’s courage, but demonstrate his intelligence as well. No better test of the intelligence of people can be had than is furnished in their laws, their institutions and their great men. To produce these in any considerable degree of perfection, a high order of ability is always required. Haiti has no cause to shrink from this test or from any other.” – Frederick Douglass, American Abolitionist, “Lecture on Haiti,” January 2, 1893.

President Donald Trump’s timing could not have been more ironic-or revealing. On the eve of the eighth anniversary of the January 12 earthquake that devastated the island nation of Haiti (and the start of the Martin Luther King, Jr. holiday weekend), President Trump sat in a bipartisan meeting on immigration reform and publicly questioned why the United States-a nation founded and built by immigrants-should continue to accept immigrants from Haiti, El Salvador and Africa. With a slur heard round the world, President Trump is quoted to have uttered an obscenity to describe those countries-and Haiti, in particular.

This would not be the first time Haiti has been on the receiving end of President Trump’s ridicule and contempt. Only weeks before, it was reported that during an earlier cabinet meeting on immigration, the president allegedly complained that immigrants from Nigeria would “never go back to their huts,” and that people coming from Haiti “all have AIDS.” And despite then-candidate Trump’s pledge at a Miami rally to be the “greatest champion” of Haitian people, the Trump administration has given 60,000 Haitians living in this country under temporary protected status-granted after Haiti’s catastrophic 2010 earthquake-until July 2019 to leave or be deported.

The slur is reprehensible and deeply disappointing, but it is not surprising. It lives in a universe of targeted travel bans with discriminatory religious preferences, a candidacy kicked off slandering Mexicans, sympathizing with white supremacists, attacks on protesting Black athletes, and so on. The reported obscenity is, quite frankly, in keeping with past and current sentiments the president has expressed publically and via proxy through his administration’s policies.

The true obscenity is that our nation’s president is shaping immigration policy, not based on purported American ideals of inclusiveness, but based on the demonization of countries that are primarily Black or Brown; not based on facts, but by stoking fear; and not based on knowledge, but influenced by a narrow-minded worldview.

Haiti is not a slur. It is the first Black republic in the world. It is the second oldest independent nation in the Western hemisphere after the United States. Haiti achieved its independence by launching the only successful slave revolt in history. But Haiti’s fight did not end on the battlefield. It moved to the global arena where external forces would punish and destabilize the young island nation for claiming its freedom, resulting in lasting economic and political turmoil. France forced Haiti to pay more than $20 billion in today’s dollars as reparations for losing a profitable slave colony-drowning Haiti in debt. The United States, which provided aid to the French to help stop the rebellion, subjected Haiti to a crippling economic embargo until it recognized its independence in 1862. Over the years the United States would go on to invade and occupy Haiti, as well as play an oversized role in its politics and elections.

Nonetheless, Haiti is deeply woven into the fabric of America’s history and founding. Haitians fought in the Revolutionary War. The city of Chicago was founded by a Haitian immigrant from St. Marc. Haitian music, art and food transformed and shaped the city of New Orleans. And the Haitian slave rebellion was directly responsible for the Louisiana Purchase, which doubled the size of the United States.

As a citizen who believes Trump’s slander is inconsistent with who we should aspire to be, I abhor the president’s misrepresentation of America. As a former mayor of New Orleans, a city richly cultivated by the presence of Haitians, I am distressed by the president’s miseducation of the valuable contributions of Haitian immigrants. As the proud descendant of a family who emigrated from Haiti in 1805, I will always challenge the president’s wrong-headed assumption that immigrants are the living embodiment of the flaws and failures or upheavals of their countries of origin and cannot contribute positively in their adopted homes.

Message To Grads: Spend Nine Minutes And 29 Seconds To Make A Difference 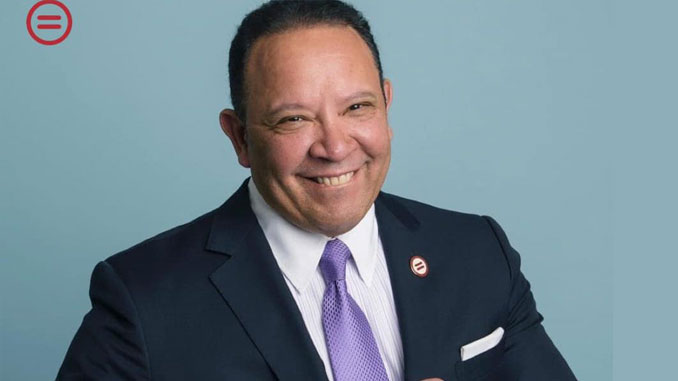 Marc H. Morial President and CEO National Urban League NEW YORK – This week, I had the honor of delivering the commencement
X
About LA Data News 1616 Articles
Lighting The Road To The Future
Website

By Marc H. Morial President & CEO, National Urban League “Since 1804 Haiti has maintained national independence. I fling these facts at the feet of the detractors of the Negro and of Haiti. They may […]