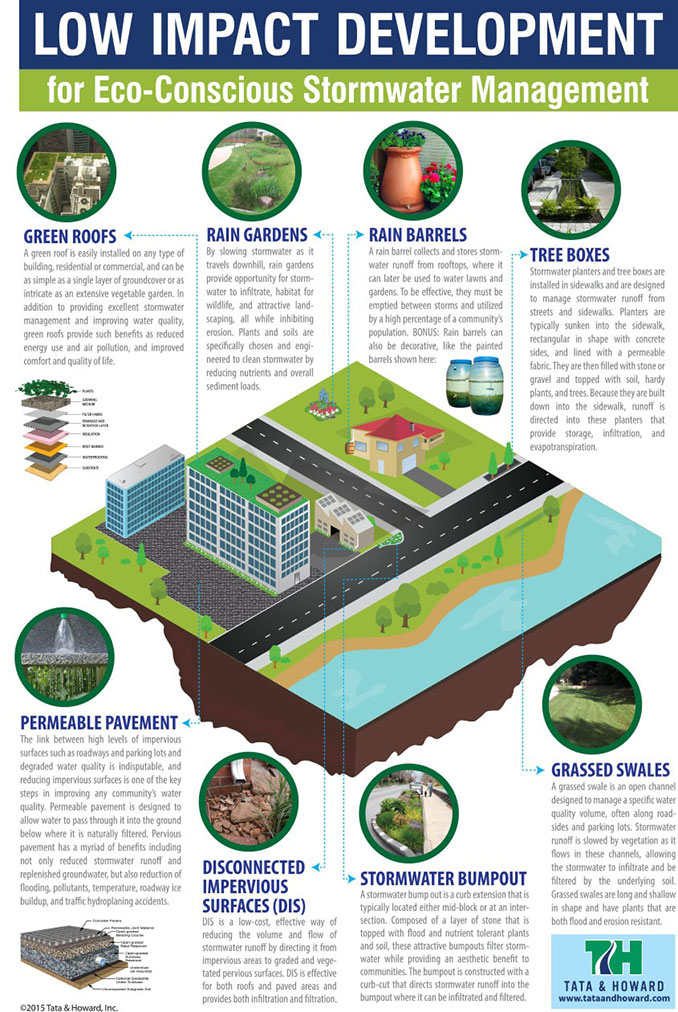 So, if we are not very concerned about the basics, how then can we get into the more esoteric aspects of environmental stewardship? Yes, “green infrastructure” is a fancy term for building different drainage structures focused more on natural features such as trees and grasses which soak up some of the water or running water through a soil type media to filter some of the particulate matter and other pollutants.

L.I.D. stands for Low Impact Development, meaning that certain building projects are designed to minimize the deleterious impacts on the environment.

F.O.G. simply means Fats, Oils and Grease, which is a much bigger and more costly problem in our sewer system than one might suspect. And of course, any type of oil in untreated.

MS4 means Municipal Separate Storm Sewer System such as we have here in New Orleans. It’s not really a sewer at all but our drainage system which is separate from our sewer system. It is untreated and discharges to Lake Pontchartrain.

Some cities have combined systems, so they are not MS4s. B.M.P. means Best Management Practices. These are guidelines for mainly commercial and industrial establishments used to minimize the potential for intentional or even accidental despoliation of the environment such as spills.

One example would be for a company with an oil tank to build barriers around it to prevent any leaks or spills from making it to the storm drain system.

L.E.E.D. means Leadership in Energy and Environmental Design. There are awards and incentives given to architects and designers, companies and corporations, who create office buildings and residential spaces which use energy conservation, renewable energy, green infrastructure, Stormwater management, and other quality of life-enhancing features.

All of these things are the waves of the future. Millions upon millions of dollars are being spent to bring these concepts to life. In fact, during the past year or so, the City of New Orleans has received $143 million in federal funds just for “green infrastructure”.
My position is that African Americans should have more knowledge about and be more invested in environmental issues. Because of realities such as “environmental racism”, where it is more profitable for certain companies to put pollutants in African American, Native American and other “underserved” communities rather than clean them up; our communities oftentimes are more environmentally debilitated than others.

As a result, we suffer from more environmentally induced diseases such as cancer, infectious diseases and respiratory problems such as acute asthma. Personally, I’d just like to start with the simple “low hanging fruit” of litter abatement, if only because then, I could walk down the street and admire the beauty of our neighborhoods.

Where is our pride? But if these things still don’t move you, we should at least be motivated by some of the serious money which is being thrown around on various environmental projects as I mentioned. Because once again we risk being seriously marginalized by not being informed and engaged.