The restaurant industry is at the heart of New Orleans life, and while at home, women often rule in the kitchen, but in the food business, there are still larger gender gaps, worsened by the Pandemic. In America, about 20 percent of head chefs are women and 9.9 percent of head chefs are African American, according to census data. As restaurants reopen with the lifting of COVID-19 mandates, Black women chefs in the city hope the trends will turn in the industry as more Black women step out as entrepreneurs.

Chef Zoe Chase comes from a long line of family members who are well known in the local restaurant business. Her great-grandmother, the late Leah Chase, was the “Queen of Creole Cuisine.” Chef has followed in the line of her family members, working her way through the industry in her family-owned business and now serves as the Head Chef for Dooky Chase, which has been operating since 1941 and is an iconic part of New Orleans civil rights and cultural history.

Zoe said she desires to continue the legacy of the late Leah Chase but aims to expand in new areas that keeps the old traditions of Dooky Chase alive while taking the family’s namesake into a new era. She said her journey first began as a hostess for one day and after moving into the kitchen, she realized cooking was what she wanted to do with her life. Zoe said she works to continue her family’s legacy. In the future, she plans to open a restaurant of her own. 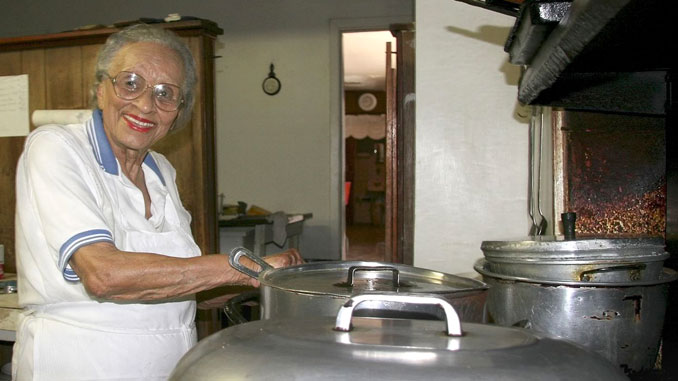 “Women have always been at the forefront of the business,” said Stella Chase Reese, Leah Chase’ daughter and the Manager of Dooky Chase. “It’s wonderful to see Chef Zoe who is the fifth-generation continuing the legacy of strong women,” Reese said.

The networks of Black women chefs in the city are closely interconnected, primarily because there are so few of them. The culture of supporting other women chefs within the Chase family is precisely how Zoe and Chef Nina Compton crossed paths. Compton was mentored and supported by Leah Chase when she arrived in New Orleans.

“She mentored me and told me you have to make it happen because other women are relying on you to also succeed, so it’s not just about me it’s about showcasing the path for other women,” Compton said.

Compton is a James Beard Award-Winning Chef that hails from Saint Lucia serving up dishes in New Orleans at Compere Lapin and her newest restaurant Bywater American Bistro. Compere Lapin showcases her culinary journey and the fusion of Caribbean, French, and Creole food. Both chefs are not only tied through their passion for cooking but their culinary journey.

Compton did just that when Zoe decided to step into the culinary world and pursue her dreams of becoming a chef. Zoe recalls her interacting with more women in the industry than chefs before her which is progress within the industry.

“I’ve been around powerful women chefs and it’s been an awesome journey to see women highly positioned in this industry,” Zoe Chase said.

Compton said she has been cooking for 23 years and credits the joy food brings people as being a motivator for her culinary career. Her work has been recognized on a national scale. Compton said she plans to continue to cook food that displays her upbringing, and her new restaurant strives to provide her neighborhood with great food and a good time.

“I never thought I would have been selected by James Beard and then to win it is a tremendous achievement. I think not just for me but other women and to see other women be nominated and win feels great,” Compton said.