As the movement for more young women to engage in sports thrives, 12-year-old Carley Griffin’s rise in tennis has not gone unnoticed. Ranked number 1 in the State of Louisiana for two years, Carley is inspired by many of the Black women who are making their name today in professional tennis, which was once a White, male-dominated sport.

“I really love the game, especially when I win,” Griffin said. “Serena Williams inspires me. I like that she hits with a lot of power and serves really well.” 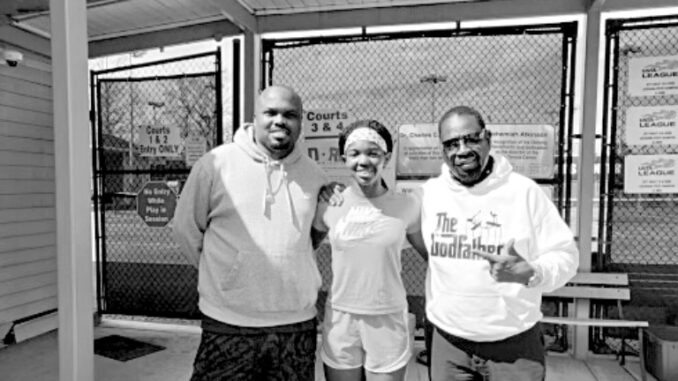 Griffin’s story shares a lot of similarities with the Williams sisters, whose father, Richard Williams, is a Shreveport, Louisiana native. His story is receiving critical acclaim in the Oscar-nominated film “King Richard” starring Actor Will Smith and co-produced by the Williams sisters.

Griffin started playing tennis at just 3-years old, when one day, her father, Jeffery Griffin, who has retired from the Navy, realized that this could really be a good outlet for her to excel in. A few years later she won Southern Winter 2-times in a row for ages ten and under. She then placed first at the EKS LLC Junior Open, level-14, an under-tournament where she played fifty-six games.

“When she’s winning it’s good. When she’s losing it, it’s like I am going to have a heart attack,” said Jeffery Griffin, Carley’s father. “I also understand that you know, with tennis you can’t coach from the sideline. You got to just sit there and shut up, you know,” he said. “But if she’s not having fun then it’s not worth it.”

The world of tennis is particularly tough on Black women players, especially if they aren’t consistently winning. In March, Naomi Osaka was heckled at Indian Wells when she lost a match to Veronika Kudermetova. The heckler shouted at her defeat: “Naomi, you suck!” Osaka burst into tears, but she recalled in a press conference watching footage as a younger player of both Venus and Serena being heckled at the same tournament. Osaka has spoken out about the mental health of athletes, and the pressure that is put on young female tennis players to constantly win. This is why when Carley fell from the number one spot a few days ago she said she decided to keep a positive outlook about her future games. 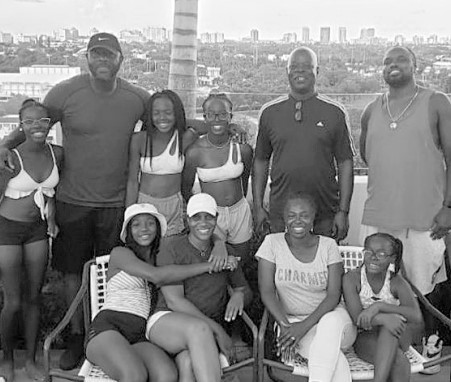 “I don’t really feel any pressure yet, but I think I can come back and be number 1 again,” Carley said. “It’s hard to keep up with the other girls sometimes because they’re at a higher level.”

Her father provides her with a strong support system as she travelled around the country for tennis matches and tournaments in San Diego, New York, and Puerto Rico. Her accomplishments so far have led her to be ranked third in the nation in 2020.

“Her drive to want to play is one of her strongest attributes and she has come out here, shown she loves the sport, and wants to improve,” said Jonathan Ames, her coach. “From over the past year of training her, physically she has gotten a lot stronger, taller and her stroke patterns have improved.”

Despite a few game setbacks, Carley said she has not let any disappointments affect her overall goal. Her plans are to one day play in the Pros. She said it serves more than enough motivation for her to get better and to perfect her craft.

“We are in a transitional period at this moment and now she’s gonna go to a tennis Academy in New York City. So, we’re preparing to remove for six months during the summer and train at the USTA Billie Jean King Center. That’s where you have the US open,” said Jeffery Griffin.

In New York, she will be able to train in an environment that physically and mentally challenges her for this next step in her career. It will give her opportunities that will benefit her in many different ways.

“I am excited but it’s rough sometimes and it’s not always going to be easy,” Carley said.