The Council approved the legislation by Councilmember Palmer today, prohibiting the Department of Safety and Permits from allowing developers to construct government offices, parking lots, or parking garages within Louis Armstrong Park for one year or until the Council votes to remove the measure. 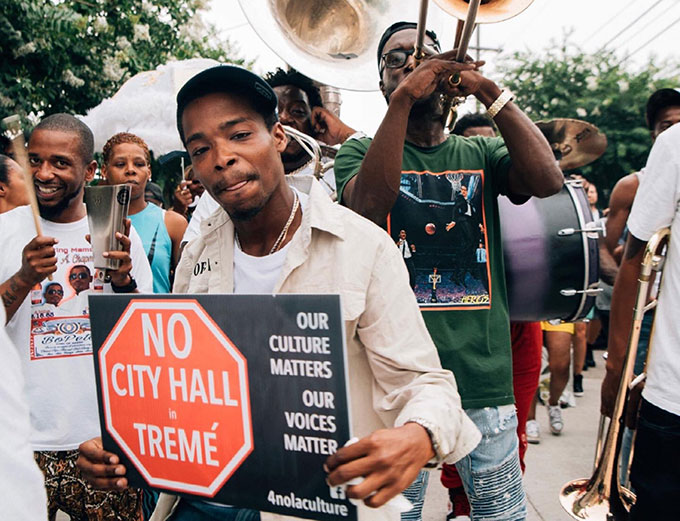 Councilmember Palmer and Tremé community leader Alonso Knox issued the following statements regarding the passage of the legislation:
“The administration is moving forward with a ‘request for a quote’ for the construction of City Hall at the Municipal Auditorium. That means if we didn’t pass this legislation today, construction would have moved forward. As the current representative of Tremé, I couldn’t just quietly standby and let Tremé be trampled by a top-down City Hall development again.” said Councilmember Palmer. “Today, this Council made it very clear that we are standing with Tremé residents and protecting our City’s Black History and Culture. This motion takes immediate action and goes into effect today to stop the move of City Hall to the Municipal Auditorium and intruding on the sacred space of Congo Square. Even considering putting a parking garage near Congo Square is offensive.”

“This legislation will protect the rich cultural history of the first Black community in the United States. Tremé is a community that has already been traumatized by decades of destructive development. Armstrong Park only exists because a whole blocks of Treme’s Black-owned homes and businesses were ripped up to put down a park that is behind a locked gate. We’re fortunate to have a leader like Councilmember Palmer, who does what she says she will do. She was the first Councilmember to engage the Tremé community and to speak out on our behalf. We appreciate the full Council for joining her today and protecting our community,” said Alonzo Knox.

Councilmember Palmer continued, “We can’t wait until next year to begin community engagement. We can’t wait four or more months as suggested by Mayor Cantrell – and we don’t have time to wait for Councilmember Moreno’s resolution to make its way through the Planning Commission before beginning a public process. We need to start outreach immediately.”

Recently, residents from across the City of New Orleans, came out to voice their opposition to moving City Hall to The Mahalia Jackson Center For The Performing Arts, that’s located in the historic Treme’ neighborhood.

“This legislation will protect the rich cultural history of the first Black community in the United States,” said Treme’ Community Leader Alonzo Knox.