WASHINGTON — Despite a lawsuit and a month-long battle South Dakota Governor Kristi Noem will not get to have a fireworks display over Mount Rushmore for July 4th.

She pushed for the display after President Donald J. Trump held an Independence Day celebration with fireworks and a military flyover on July 3, 2020.

Prior to 2020, such a permit had not been granted since 2009 because of safety concerns and objections from Native American tribes in the area. 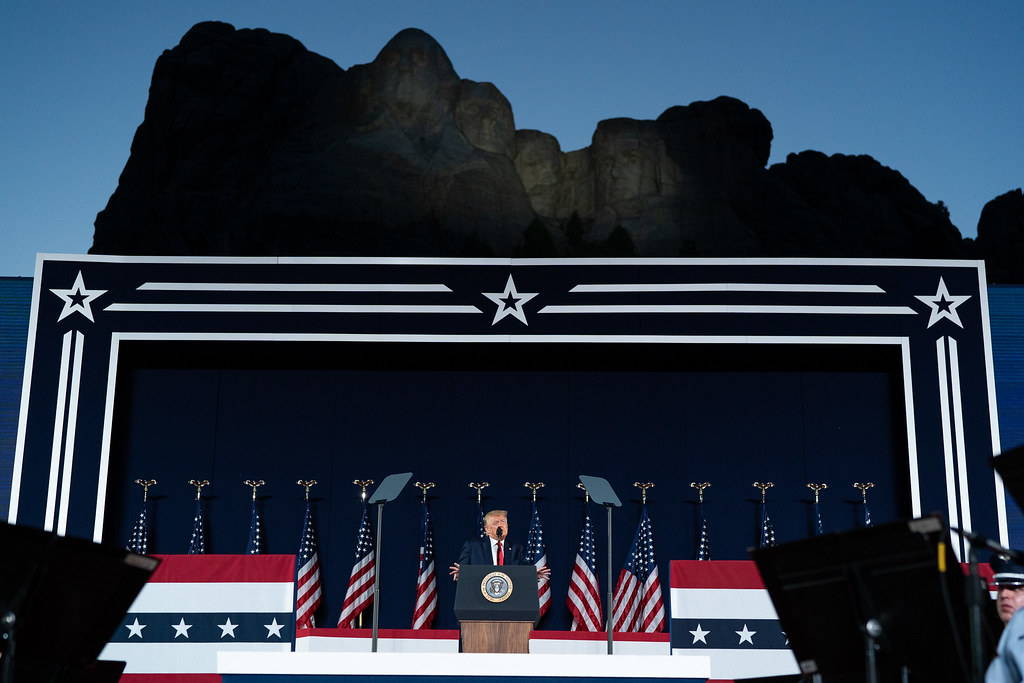 “The Biden Administration canceled South Dakota’s Mount Rushmore Fireworks Celebration on completely arbitrary grounds,” Noem said in a June 2 statement. “I am disappointed that the court gave cover to this unlawful action with today’s decision. But rest assured, this fight is not over. My legal team will appeal so that we can return the Fireworks Celebration to Mount Rushmore and celebrate our nation’s birthday at America’s Shrine to Democracy for next year and in the future.”

The National Park Service refused a permit for fireworks on grounds including COVID-19 precautions and the risk of wildfire.

In court documents, submitted in the lawsuit, Steve Vance, the historic preservation officer for the Cheyenne River Sioux Tribe, argued that they should have been allowed to take part in the lawsuit because the grounds where Mount Rushmore is “our most sacred site — the Heart of Everything That Is.”

“The fact that this event could be forced upon us in our sacred lands despite our clear opposition to the event traumatizes us as a people and inflicts grief upon us,” Vance wrote.

“To us, allowing this event to occur again is a colonial attack on one of our most sacred places,” the tribe and Vance argued in court documents.

Noem opposed the tribe’s request to join the lawsuit, arguing that the tribe didn’t have standing in what is a “state-federal dispute.”

John Carr, who visited Mount. Rushmore two weeks ago, said “anyone who travels you have to stop and see Mount Rushmore because it is quintessentially American because I have heard about all my life.”

“In terms of fireworks and safety I have no opinion. I have been there three times. I have noticed that now there is an area set aside for protesters and you rather just to be able to enjoy a national monument without protest.”

The Keystone Historical Museum is located about 15 minutes from Mount Rushmore, in Keystone, S.D. The museum is housed in the old Keystone Schoolhouse building, an early Victorian structure that was built in 1899. It served as Keystone’s full-time school until 1988.

In an interview with Zenger, Casey Sullivan, the museum’s director, said, “I have friends on both sides of this issue and the fireworks only last about 10 minutes.”

Sullivan went onto say the area around Mount. Rushmore is a quiet place mostly used by campers, adding the biggest event is usually an annual 4th of July parade, because most people spend the day grilling hamburgers and hotdogs.

“Most of the concern is over potential fires in the Black Hills Forest, because the land is very hot and dry,” he said.

While Sullivan seemed indifferent about fireworks, he was more excited to talk about the museum, which is located in a historic school and one of the towns most famous residents, Carrie Ingalls, a pioneering journalist whose sister Laura Ingalls Wilder wrote a children’s book series that inspired the classic TV show, Little House on the Prairie.

Sullivan said Carrie Ingalls came to Keystone as a seasoned newspaper manager and eventually married, helping her widowed husband raise his two children. “Most people know and talk about Laura Ingalls, but Carrie was her younger sister who lived here in Keystone,” he said.