Throughout American history from African American Spirituals, to Gospel, Jazz, R&B and Hip Hop African American Music has played a key role in the social and cultural development of our country. It has been instrumental in serving as a bridge for social change, diversity, and the American constitutional pursuit of equality for all. 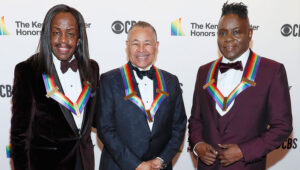 KMEZ Radio FM 102.9 recognizes June as African American Music Month and will be doing a month-long spotlight on the best of R&B music on our show “Throwback Saturday Night”.

“Throwback Saturday Night” hosted by Radio Veteran Terry Davis is a music show that presents the stories of star music artist and the music they created that has influenced and continues to impact our world.

Through all the challenges in today’s society regarding social justice, equality and economic empowerment African American Music remains a strong voice to help build a bridge for a more productive future in its pursuit of the American dream for all.