In the race for the Democratic Party Candidate for President, while the Preemptive nominee is Vice-President Joe Biden, we are endorsing his candidacy now as we will in November when he faces off against Donald Trump. We believe he is the one candidate that has everything it takes to defeat this President. He is more experienced, qualified, has the temperament needed to bring people together and is concerned about issues affecting the African American community.

His candidacy is about inclusion at every level and this is what we need in this time in our country. Not someone who is calling for the good old days of White men only at the table of power. We can ill afford to have four more years of a modern-day Robert E. Lee in the White House. There is not good on both sides when it comes to sympathizing with Neo-Nazis and confederates as this president has often times done when he’s decided to be on the wrong side of history. Today we can re-write that history by voting for Joe Biden as the Democratic Party Nominee in this election and then in November. 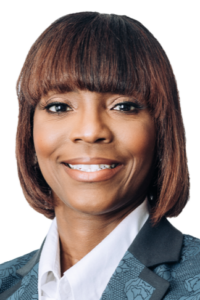 Schalyece Harrison: Judge First City Court Section B
The position of Judge First City Court Section B handles evictions with a monthly rent up to $3,000, small claims, tenant-landlord disputes, contract disputes, and personal injury claims under $25,000. In this race Data News Weekly believes there is only one candidate that has all the right qualities to serve as judge in this seat and that is Schalyece Harrison.

She has the experience, with over 20 years in private practice dedicated to civil law and tax matters. She’s also worked as an Administrative Hearing Officer for the City of New Orleans, where she has considered testimony, examined evidence, and rendered judgements in over 3,500 cases.

In addition, her life-long ties to the City and being the only African American female in a race in a City that is majority African American is important to note when there continues to be a need for those who can understand, care and empathize with those who come into the court. Also, we need someone on the bench who is civically engaged with the entire community and is committed to serving all the people of the City with integrity. This is why Data News Weekly endorses Schalyece Harrison in the race for Judge of First City Court Section B.

GET OUT AND VOTE SO YOU NEVER HAVE TO ASK EXPERIENCE WHAT HAPPENS WHEN YOU DON’T.