February 22nd, 2018, history was made. For the first time in New Orleans’ higher learning history, a Black Masking Cultural art exhibition was held. Delgado Community College will not only be written in the history books as the first forward-thinking institution in New Orleans to hold a Black Masking art exhibition and lecture series but also as the first college to facilitate the bond between NOLA scholars, Black Masking Culture, and 3D Technology. Weeks prior to the opening of the exhibition, Delgado opened the Chevron FabLab to 25 middle school scholars from St. Mary’s who learned the basics of 3D design from FabLabPro Sam Provenza and went on a Black Masking cultural exploration with lead curator Glenn Jones from B-Nola. The students delved into the significance of their local native traditions and discussed ways in which to leverage 3D technology and create products that youth in New Orleans identify with. The end result of that creative powwow was a 3D collector’s edition figurine of Big Chief Shaka Zulu of the Golden Feather Tribe. New Orleans natives of all ages gathered in awe. Stay tuned for the bNola.love Black Masking podcast hosted by St. Mary’s School scholars with the gift of journalism. 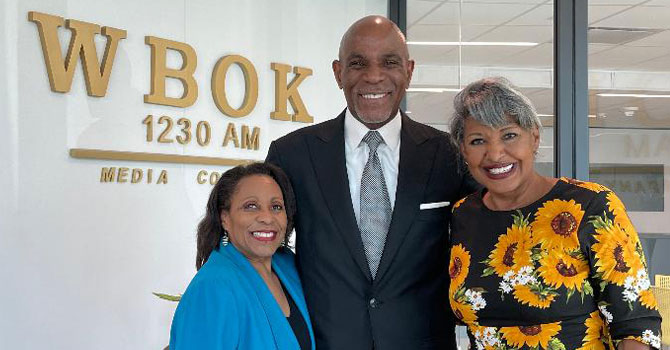