Dr. Kim Vaz-Deville, Professor of Education in Xavier’s Division of Education and Counselling, was the keynote speaker for the Women in Carnival Symposium. The Women in Carnival Network is the first international network of female carnival scholars and artists focusing on the changing roles of women in carnivals in the African Diaspora. The symposium’s theme, “Mas: Intersections: Exploring Diasporic Carnival and Festival Cultures,” explored subversive displays of power, the politics of racialized, sexualized, and nationalized bodies, and trickster folklore.

“It was a privilege and joy to address and dialogue with esteemed scholars, artists, and activists gathering to rectify the fact that there is little research on carnival traditions related to Black women in the African Diaspora,” said Dr. Vaz-Deville. “We addressed the carnivalesque, the opportunity for women of African descent for cultural rule-breaking and creative confrontation of oppressive forces through a transnational journey from Africa to Peru, Belize, Trinidad, New Orleans, Los Angeles, and the United Kingdom.” 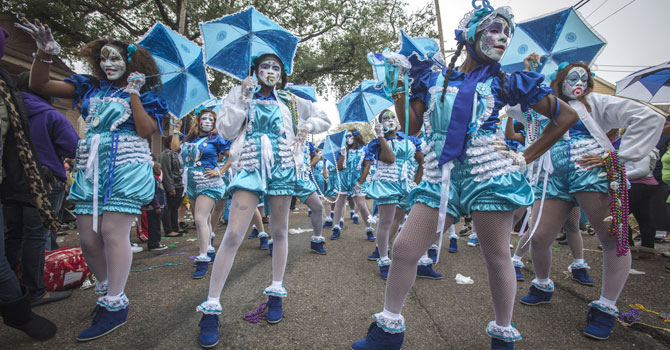 In her keynote address, Dr. Vaz-Deville discussed the New Orleans Baby Dolls, a Mardi Gras tradition known for breaking racial and gender barriers. The Baby Dolls are a group of African American women and men carnival maskers who dress up on Mardi Gras day in short satin skirts, bloomers, and garters. During the height of the Baby Dolls era, 1930 – 1950, they challenged stereotypes of African American women.

“At that time, baby dolls were very rare and hard to get. The name ‘Baby Dolls’ had a double meaning because African American women weren’t considered precious or doll-like,” said Dr. Vaz-Deville.

Historically, women of African descent were pressed to labor erotically, domestically, and reproductively with no recognition or benefits for their strenuous efforts. Carnival and festive occasions began shifting this history and offered opportunities for enslaved women to re-possess themselves. Through carnivalesque, women engaged in re-invention that turned authoritarian norms upside down. These periods of time-out from the everyday world, combined with engagements with fashion, dance, and music, offered opportunities for self-making and critiquing societal standards.

As a feminist scholar, Dr. Vaz-Deville knew it was significant to put the Baby Dolls in context to emphasize their impact on society.

“The New Orleans Baby Dolls tradition is important because it demonstrates the normative fault lines of society. The Baby Dolls were not consciously political, but they did the opposite of what most people expected of ‘respectable’ women. For example, a woman was not supposed to smoke a cigar, wear a short skirt, or dance erotically,” said Dr. Vaz-Deville. “They expose the limits of social norms. Those behaviors are reversals of normative behavior for women of that time. They tell us about what women are not supposed to do or do at significant risk to their safety. Today, women continue the tradition in honor of these fierce, determined foremothers.”

In celebration of the symposium’s theme, Dr. Vaz-Deville worked with Antoinette de Alteriis, Captain of the Krewe of Joan of Arc, to create an upcycled outfit. They constructed a pair of pants from 20 men’s neckties by taking them apart, cutting them in half, and piecing them onto a pattern. They also beaded buttons and sewed the tie labels onto a jacket.

She is thankful for the symposium experience, having found her intellectual and creative tribe in the symposium’s panelists. They discussed themes of Black women’s bodies, the threats to Carnival due to their increasing commercialization and commodification, and the Pandemic. She shared that the symposium was also an opportunity to mentor beginning scholars navigating their academics, research, and creative agendas.

The symposium also showcased the importance of studying race and gender through the carnival lens, as Carnival is symbolic worldwide.

“Carnivals and masquerades are ultimate arenas for self-expression through art, craft, music, song, and dance. They are accessible opportunities for Black women, especially those marginalized, to make themselves visible in the world,” said Dr. Vaz-Deville.

Women in Carnival Network co-founder Emily Zobel Marshall notes, “Carnival was born in an extremely patriarchal society, yet its cultural forms have replicated some of the gendered binaries at its heart. It also remains a space in which patriarchal rules are turned upside down. Today, the manifestation of feminist activity in Carnival is more explicit than ever.”

Dr. Vaz-Deville also expresses the Women in Carnival Network breaks down barriers between scholars and performers and exposes the oppressive forces that keep Black women’s bodies denigrated, situate them as economically vulnerable, and negate their artistic creations and performances. She was proud to share with network colleagues the New Orleans Baby Dolls as a cultural tradition that demonstrated strength, power, and courage in the face of social stigma.

“Afro-Peruvian Artist Victoria Santa Cruz’s poem, ‘They Yelled at Me: ‘Black!” stemmed from a racist event but allowed her the chance to discover her authority. In coming to accept her Africanness, she found her power and beauty. The festive mas, masks, and masquerades from Baby Dolls constitute accessible paths to articulating views on self and society,” said Dr. Vaz-Deville. 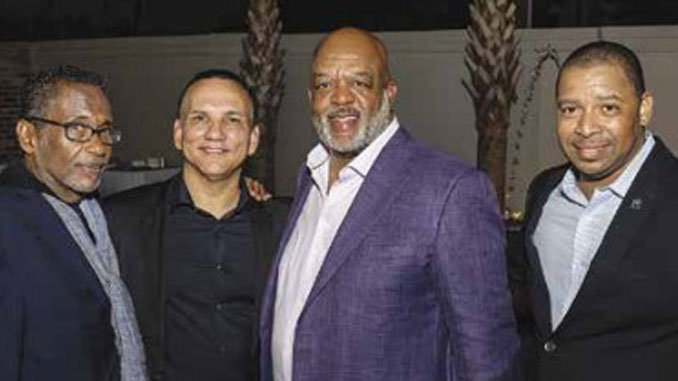