DMX, the sensationally talented and gruff-voiced rap artist and actor who rose from the hardscrabble streets of Yonkers, New York, to become one of hip-hop’s most prolific stars, has died at the age of 50.

Most famous for the “Ruff Ryders Anthem,” DMX, whose real name is Earl Simmons, suffered a heart attack last week.

He was rushed to White Plains Hospital where doctors worked for several days to try and revive him.

“We are deeply saddened to announce today that our loved one, DMX, birth name of Earl Simmons, passed away at 50 years old at White Plains Hospital with his family by his side after being placed on life support for the past few days,” the family wrote in a statement.

“Earl was a warrior who fought till the very end. He loved his family with all of his heart, and we cherish the times we spent with him.

Earl’s music inspired countless fans across the world and his iconic legacy will live on forever. We appreciate all of the love and support during this incredibly difficult time. Please respect our privacy as we grieve the loss of our brother, father, uncle and the man the world knew as DMX. We will share information about his memorial service once details are finalized.” 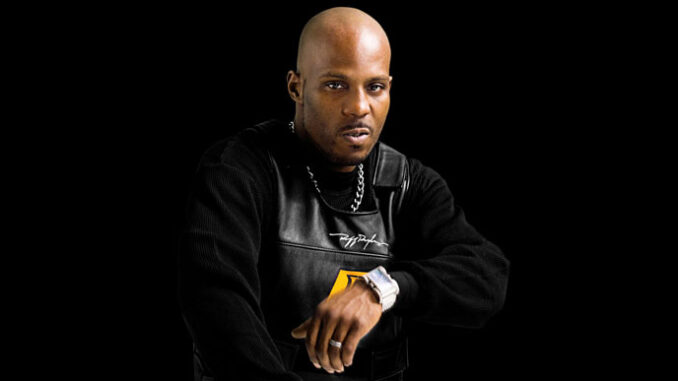 After a nearly three-year hiatus, DMX returned to the limelight with an appearance on LL Cool J’s “4, 3, 2, 1.”

After signing a contract with Ruff Ryders/ Def Jam Records, DMX recorded his iconic hit, “Get At Me Dog,” which quickly rose up the rap and pop music charts.

His seminal CD, “It’s Dark and Hell is Hot,” cemented his legacy as a rap music genius.

The website AllMusic.com noted that, following the deaths of Tupac Shakur and the Notorious BIG, DMX took over as the undisputed reigning king of hardcore rap.

“He was that rare commodity: a commercial powerhouse with artistic and street credibility to spare,” editors at AllMusic.com wrote.
“His rapid ascent to stardom was actually almost a decade in the making, which gave him a chance to develop the theatrical image that made him one of rap’s most distinctive personalities during his heyday.”

Hype Williams’ motion picture “Belly” was among the first to cast DMX in leading roles.

Before the end of 1998, DMX completed his second album, and a pending buyout of Def Jam pushed the record into stores that December. Featuring a controversial cover photo of the rapper covered in blood, Flesh of My Flesh, Blood of My Blood entered the charts at number one and eventually went triple platinum.

The following year, DMX hit the road with Jay-Z and the Method Man/Redman team on the blockbuster Hard Knock Life tour.

“The Ruff Ryders posse – of which DMX was a core, founding member – released a showcase compilation, Ryde or Die, Vol. 1,” AllMusic.com editors wrote.

“With contributions from DMX, as well as Eve, the LOX, and multiple guests, Ryde or Die, Vol. 1 debuted at number one in the spring of 1999, further cementing DMX’s Midas touch.”

DMX went on to star in a myriad of motion pictures and television shows, including “Any Given Sunday,” “Gone in 60 Seconds,” and “Cradle 2 the Grave.”

DMX reportedly is survived by a fiancée, his mother and 15 children.