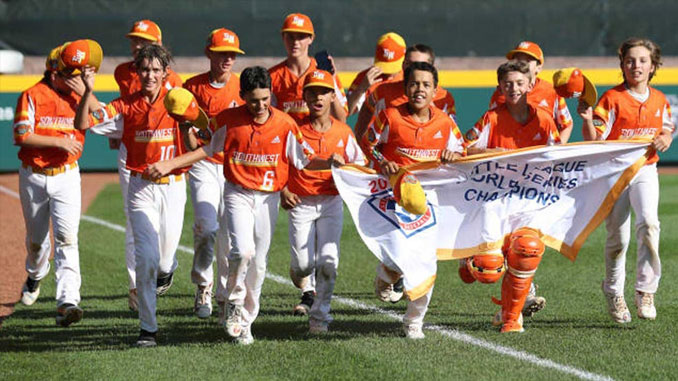 It was a historic day as Louisiana claimed its first Little League World Series Title with standout performances by Marshall Louque as he hit a pair of doubles and drove in three runs, while pitcher Egan Prather threw a two-hit shutout Sunday to lead a team from River Ridge past Curacao 8-0.

The team Jefferson Parish fought its way back through the loser’s bracket after dropping its first game to Hawaii. Louisiana showed resilience winning six games in eight days, becoming the first team to win the LLWS after losing its first game since the tournament expanded in 2001.

Egan put on a pitching clinic against the Curacao lineup, throwing 88 pitches over six innings. His performance in the championship caps off a solid tournament on the mound in which he picked up two victories and struck out 19 batters in 14 1/3 innings.

With Louisiana’s Victory, it continues the dominance by U.S. Teams having won back-to-back Little League Crowns for the first time since 2009, when a team from Chula Vista, California, was on a winning streak taking five straight championships for the United States.

People from around the region are celebrating their winning effort. Data News Weekly also sends out a congratulation to these amazing young people.