With statewide primary elections on Oct. 12, and 2020 presidential elections already in full swing, political candidates have been making their case to young voters. One simple reason: Election Day 2020, millennials (ages 24 to 39) and Generation Z voters (ages 18 to 23) will be a larger and more diverse share of America’s electorate, according to Pew Research Center data.

Yet despite their numbers, baby boomers and older voters cast about half of all ballots despite making up 43 percent of eligible voters. However in a Tufts University civic engagement study on young voter turnout (ages 18 to 29) in the 2018 midterms, all states experienced significant increases in voting in this demographic by at least 8 percentage points, except one state: Louisiana. It is why Gov. John Bel Edwards has released direct to social media messages to college students, including those at historically black universities, touting his administration’s policies that young voters could find appealing. 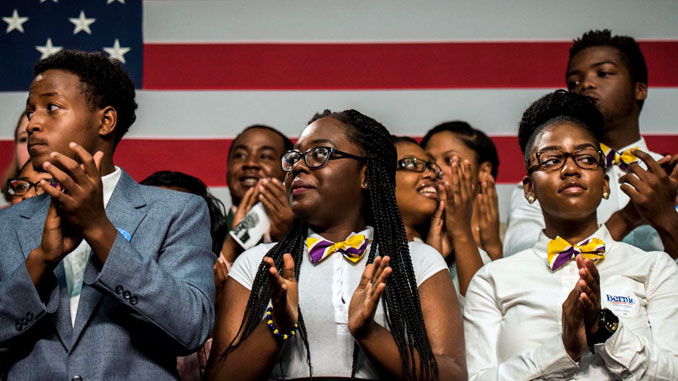 “The most important issue to me on the ballot is electing officials that are representing the best interest of their constituents,” said Jamya Robinson, a Dillard University junior, who is a member of the university’s Andrew Goodman Fellowship chapter, a national civic engagement group that empowers young voters. “This election period, we will be electing state representatives, governors, and judges. It is important that we research and question the candidates on different topics,” Robinson said.

Regardless of local or national politics, Robinson added that the issues impacting young voters are nationwide.

“Although some college students may not be from Louisiana, they are still impacted by the legislation passed in the state which means they too should be engaged in the election process,” Robinson said. “Voting rights are in jeopardy and if we want to create a better future for ourselves, our children, and our world, we need to vote and vote smart.”

Political observers often only look at obstacles to voting as being a challenge for older voters, or African American voters. Young voters also experience obstacles that result in lower turnout. The Tufts University report by its Center for Information and Research on Civic Learning and Engagement noted that 31 percent of voters between the ages of 18 and 29 cast a ballot. This was out of a group that comprised 49 percent of the overall eligible voting population in the country. 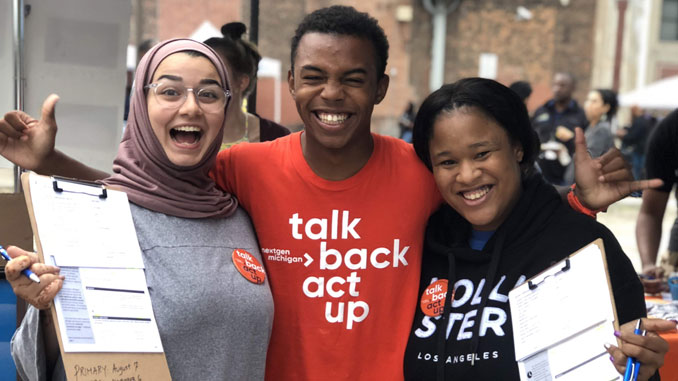 “I’d say the most important issue is ensuring that all people are able to vote without difficulty,” said Jordan DeLoch, a political science major at Xavier University, who is a senior. “Voter suppression is an obstacle in disguise, because it discourages people from voting completely,” DeLoch said.

Students are often away from home, lack the means or understanding to register, and may work part-time jobs or have schedules that inhibit their turnout on Election Day, students said. Some states have also intimidated immigrant communities about voting, with charges of interrogation for voter fraud.

“I am not an African American but Mexican American,” said Victor Nonato, a sophomore, political science major at Xavier. “However, speaking from a standpoint that all minorities experience oppression, I put great value to any candidate who has a platform around treating all humans with humanity without the whole America ‘exceptionalism’ and who can genuinely say they want to remove the barriers plaguing low income minorities such as access to healthcare and education,” Nonato said.

While the November 2020 presidential elections may seem far away, President Donald Trump still heavily weighs in on 2019 local and state races, as candidates statewide position themselves in favor or against his policies. Statewide candidates have campaigned in response to Trump’s positions on undocumented immigrants and deportations, background checks on assault rifles, and climate change policy.

A spring 2019 poll conducted by the Harvard University Kennedy School of Public Policy found that concern over the moral direction of the country rose since the last presidential campaign. At this stage of the 2016 presidential campaign, 52 percent of young Americans agreed with the statement that they were “concerned about the moral direction of the country,” while 16 percent disagreed. Today, young people are 61 percent in agreement with that statement, and nine percent disagree. Among those likely to vote in the 2020 general election, concern was greater reaching 68 percent.

However, young voters also respond to different candidates based on the concerns of their communities, yet that does not necessarily mean they favor diverse candidates over white ones. In a GenForward poll by the University of Chicago that tracks millennial political views, both former Vice President Joe Biden and Sen. Bernie Sanders lead the candidate pack with 17 points each. Although, from the results, “the survey shows that across all racial groups, young voters favor former vice president and [the] Vermont senator over all other candidates. But the rankings of these two candidates is not consistent across all groups: While African Americans and Asian Americans rank Biden ahead of Sanders, Latino and white voters do the opposite.”

Regardless of the candidate, young African American voters list growing racism among white nationalist groups, the impacts of environmental and climate change on their communities, the need to curb gun violence, access to health care, and persistent income inequality as the issues they want to hear candidates address, regardless of their race.

“[The presidential] candidates need to think about ways to fix what President Trump messed up; the wall, the ICE crackdowns… They’re breaking up families and treating children like they are criminals,” said Taylar Rivers, a senior at Southern University at New Orleans. “Another issue that’s important to me is the talk about student loan forgiveness. As soon as you graduate the collectors are knocking at your door asking for payments when you haven’t even been able to secure yourself financially yet,” Rivers added.