Black males have been considered many things in their sojourn in America, most often these things are negative. Many of these perceptions have been institutionalized and have caused many atrocities in the treatment of Black men, leaving many discouraged and as a result some do not see their own beauty, ability, and their own humanity. Thus, they do not aspire to excellence.

New Orleans Native Torrence Taylor has set out to change these perceptions by creating NOLA NOBLES.

“I created NOLA NOBLES as a means for Black males in New Orleans to inspire each other first. We are often fed negative images of ourselves and many of our Brothers have believed that’s how we are and that’s NOT TRUE. Many and I mean MANY Black males BOYS and MEN are doing GREAT WORKS, and we must acknowledge our greatness and contributions to the WORLD. I ask that the brothers dress in a way that our forefathers did, not that this will avoid anyone from fearing us but that we will know that this is simply our heritage that’s worthy to be honored. The goal is to build the self-esteem of the BLACK MALE. Believing that confidence and self-love will take us FAR in our goals for FAMILY, COMMUNITY and BUSINESS,” explains Taylor.

The Definition of Greatness

His goal is to change the narrative relating to the image of Black Men. “I started it because as a Black male growing up in America born in the 70’s raised in the 80’s and living in the 90’s, I’ve always heard negative things about Black Males and as I was living I also saw greatness in Black men and wanted to help in changing the perception of Black Men.”

Taylor is working to demystify the stereotypes, misconceptions, and negative portrayals of Black men in New Orleans, who are often seen through the distorted lens of the anti-social behavior of some Black men.

“I remember a commercial in the 80’swhere they were referring to Black men as endangered species and I know the only time I heard of that was when someone was referring to an animal. I was thinking are we animals?”

“Fast forward to me being an adult and my career as a wardrobe stylist I know my intention was to better the image of the Black male for the Black male and not anyone else.”

It Takes A Village

He believes that if Black men had safe spaces to “open up” to express themselves, be vulnerable, network and encourage one another, this would result in them being better men for themselves and the community.

“We needed to see greater images of ourselves for health reasons, for our mental state, heart conditions literally and figuratively, and have a better appreciation and also to have space to learn about each other.”

A place that’s been traditionally a safe space in the Black community for brothers to express themselves have been the barbershop. Taylor’s partnered with the Headquarters Barbershop where he holds monthly meetings.

Also in light of the events around the shooting and/or deaths of Black men at the hands of law enforcement or when they are preyed upon by others who assume they have done something wrong; these places provide a space for them to speak openly about their feelings surrounding these important issues and how it affects their lives.

“The death of George Floyd, Alton Sterling in Baton Rouge and Philando Castile by police was something that is a concern because it could as easily been any of us, I needed a place where these brothers can shout, cry, be mad and reflect, hug each other dap each other.”

But as opposed to only speaking of these pressing issues, they discuss things that can empower them as Black Men in America.

“In our meetings we speak about finances, mentoring, mental health, fatherhood, relationships and these are just a few of the topics we deal with.”

“Profiles” was the theme this year featuring individual head shots and focused on the individual male, their accomplishments, and their contributions to the City.

“When we did our first shoot, so many men were interested and wanted to be part of it. I thought about what better day to celebrate Black manhood than a MLK Day photo shoot, and since then it has become an annual event that brings out men from all over the City.”

“This year’s theme was ‘Profiling Black Men’ it is usually negative and stereotypical, but we are telling our stories and that is one of excellence and service to our community.”

The event was held at the Black Owned Art Bar.

Taylor who is a wardrobe stylist and believes that feeling good also means looking good. NOLA NOBLES, every year holds something they call “Prom King” where they give a young man a tuxedo and provide a vehicle for them to attend the prom. Before the Pandemic, they were in the works of providing 300 tuxedos to young men from across the City.

In these pressing times where the City and nation is at a crossroads and that historic racism continues to rear its ugly head where Black Men are often times perceived and treated unfairly. NOLA NOBLES is working towards changing perceptions and building bonds of brotherhood showcasing Black Male Excellence.

“There are so many stories that don’t get told about Black Men in New Orleans amazing stories where we can have opportunities to tell our story and that is what NOLA NOBLES is about.”

For more information about NOLA NOBLES go to @nolanobles on Instagram or taylortorrence7@gmail.com

“We needed to see greater images of ourselves for health reasons for our mental state, heart conditions literally and figuratively, and have a better appreciation and also to have space to learn about each other,” says Taylor.

Their Annual MLK Day Photo Shoot theme this year was “Profiling Black Men” it is usually negative and stereotypical, but they are telling their stories and that is one of excellence and service to our community.

“The death of George Floyd, Alton Sterling in Baton Rouge and Philando Castile by police was something that is a concern because it could as easily been any of us, I needed a place where these brothers can shout, cry, be mad and reflect, hug each other dap each other,” says Taylor of their monthly meetings at the Headquarters barbershop.

NOLA NOBLES is working towards changing negative perceptions and where they mentor youth and where they support and encourage each other, building bonds of brotherhood and showcasing Black Male Excellence.

Black Men in New Orleans throughout the City are doing great things. NOLA NOBLES, is one of the many examples of this. 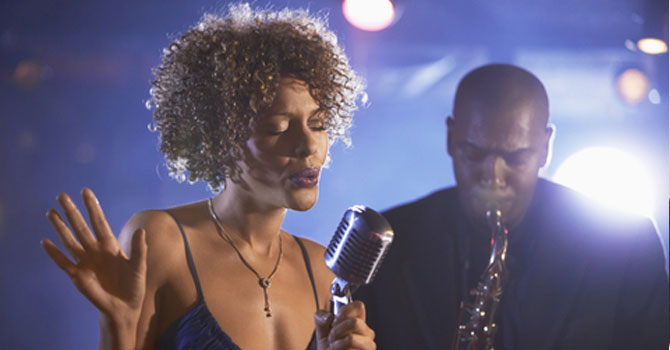