Trailblazers of the Civil Rights Era often end up in the history books, and most only collect their roses posthumously. But a few of them live long enough to see themselves honored in public spaces and at 89, Dr. Norman C. Francis, the former President of Xavier University of Louisiana, saw his legacy immortalized through the Norman C. Francis Parkway.

“I heard what was said here, ‘change is coming,’ and what I say is, ‘change is here.’” Francis said, reflecting on decades of civil rights work in New Orleans, of which he was a part. “It’s on that sign. And the City of New Orleans has taken this great step,” he said. 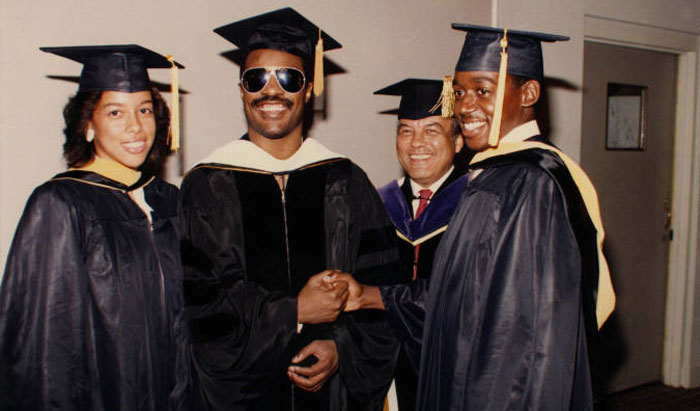 “This was, I guess, my commission by the good Lord,” Francis said of the life he has lived.

“I didn’t want to be a lawyer … I wanted to create a number of lawyers around the city … The next time you see someone, stop them, and tell them, you know, you’re good enough to be a teacher. The road to success and prosperity is education,” Francis said of his career in higher education.

Francis integrated Loyola University New Orleans’ Law School as the first African American to enroll there. He returned to his alma mater, Xavier, first serving as the Dean of Men, where he housed the Freedom Riders in the university’s dorms. He then rose through the ranks to become president. He led a 40-year career at Xavier, retiring in 2015, as the longest serving university president in America.

Throughout his presidency, Francis has been commemorated by many influential figures and leaders including Nelson Mandela, Bill Clinton, Jesse Jackson, Bill Gates, and Pope John Paul ll. In 2006, he received the Presidential Medal of Freedom from President George W. Bush.

“Don’t ever ask someone to do something … if you’re not willing to do it yourself,” Francis said of his commitment to educating future leaders who would bring about social change.

Vice President Kamala Harris sent a letter to the New Orleans City Council in July 2020 in support of Francis and his work in fighting against social injustice.

“Streets named after confederate leaders celebrate men who fought for a divided America founded on racism and slavery,” Harris wrote, and Cantrell read at the event. Jefferson Davis served as the President of the Confederate States from 1861 to 1865. “In contrast, streets named after Black role models who work to build up their community honor the values of justice and equality while inspiring generations to come,” Harris wrote.

“The people of New Orleans deserve the opportunity to learn about this leader who is shaping their community for the better. The time for action and change is now,” Harris said in her letter.

As University President, Francis taught and mentored countless university students including the current Mayor of New Orleans – Cantrell, who awarded Francis with a Key to the City and a Medal on behalf of the City Council.

“It’s hard to hold back the tears for admiring the man who has ensured that not only Xavier is on a national stage but countless African American men and women who were educated under his leadership,” Cantrell said. “On campus, I recall coming to your office for advice and also for leniency, and I’m standing here today because it was granted,” Cantrell joked.

“It’s fitting that our gate, here, should be named after Norman C. Francis,” Verret said. “This also allows us to think that the civil war is over. The civil war ended a long time ago, but it hasn’t been over yet. It should be over now, it’s over here,” Verret said.

The Xavier board, which lobbied to rename the street, wanted the wider community to continue to fight for freedoms and justice that can easily be taken away.

Norman C. Francis Parkway is just one of the many street names in New Orleans that is undergoing a change. Mark Raymond Jr., the Vice-Chair of the New Orleans City Council Street Renaming Commission, said that there are 40 streets, parks, and public spaces that are recommended for new names.

“I wanted to bring about meaningful change within our community,” Raymond said. “Seeing so many streets reflecting confederate soldiers and honoring the confederacy was disheartening, especially at this moment where we needed to be united, not divided,” he said.

Francis called for this generation to continue the work that was started by a generation before them. 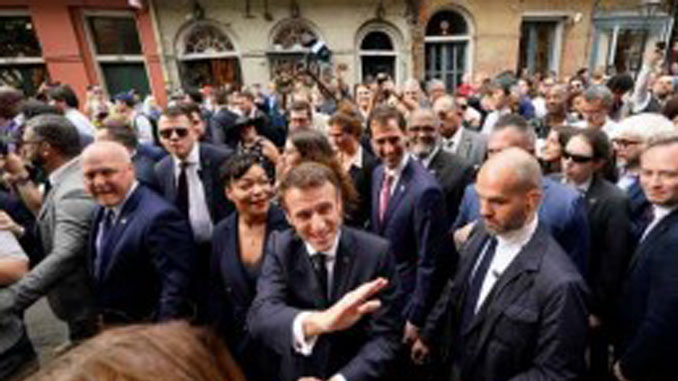