In a report released by the Metropolitan Crime Commission on Sept. 18th, it was established that the City of New Orleans has overtaken St. Louis, Mo., in becoming the number one murder capital of the country. The last time the city held this record was in the mid-1990s when it held the highest homicide rate in the country.

Using crime trends data for 2019 to 2022, the commission report stated that New Orleans reportedly has had a 141-percent spike in murders increasing from 85 murders in 2019 to 205 in 2022. In September there were 52 homicides per 100,000 residents in New Orleans, compared to the 45 homicides per 100,000 residents in St. Louis, according to the St. Louis Police Department. The crime data gathered by the New Orleans Police Department specified that the homicide data gathered included vehicle homicides, in addition to homicides that were later judged negligent or justified. Homicides are not the only increase this year; carjackings and armed robbery have both significantly escalated in 2022. However, shootings did see an 8-percent decrease going from 366 in 2019 to 338 thus far in 2022. 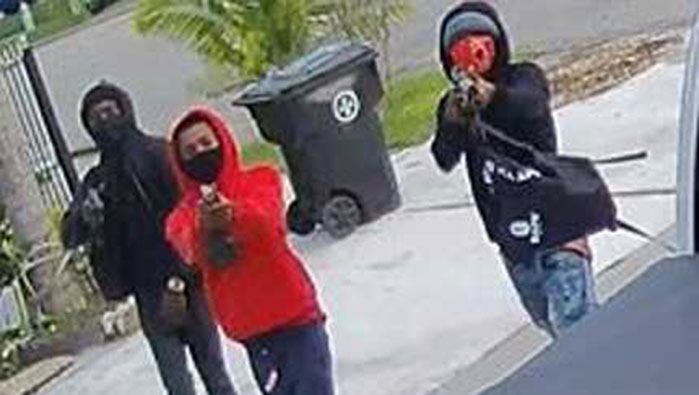 For many businesses in New Orleans, a significant source of patronage and profits comes from tourist activity. The new ranking has implications for both the public safety of residents and the reputation of the city as an entertainment destination.

“I’ve lived in New Orleans my whole life, and despite the new statistics, it doesn’t feel any different than before,” said Martin Davis, who works at Big Easy Daiquiris in the heart of Bourbon Street. “What worries me is the effect it will have on potential travelers and patrons who won’t come here anymore because they think they’ll get killed,” Davis said. “When you thrive off the business of tourists, news like that can really take a hit on businesses,” he added.

A main attraction of New Orleans is the open container law that allows tourists to walk around Bourbon Street and throughout the rest of the city while consuming alcohol. But in an unfamiliar city with continually rising crime, it raises the question, will tourists continue to come to a city where they do not feel safe doing activities that New Orleans is known for, French Quarter workers said.

Some service workers also wanted to learn more about what the city will do to enhance public safety and recruit and train law enforcement officers. The New Orleans Police Department averaged around 980 officers by summer, and the city allocates for 1,500 officers. Employment among the NOPD continues to decline each month.

“We need a more systemic change,” said Irin Sarx, an associate at Boutique Du Vampyre, a Goth-Style Store located in the French Quarter. “Crime has been going up for years, and the police don’t seem to be doing anything about it. Especially down here in the quarter, the police presence isn’t active; they just watch,” Sarx said.

In addition to business owners in New Orleans, students coming to New Orleans to attend local universities said they have added concerns about their safety.

“I came to New Orleans for school to focus on school, and especially on a campus that’s open; it’s scary to think about how anyone could come in, and students could die,” said Satiya Ewing-Boyd, a sophomore at Xavier University of Louisiana.

Local residents said that just like in the past, the city will have to find solutions and bring residents together to address the crime spike.
“This city is my home, and nothing’s gonna change that,” Sarx said. “I don’t understand why the crime rate keeps going up, but for the safety of everyone who lives and visits here, we need to work together to keep this city prosperous; we can’t afford to have our own New Orleanians fighting against it,” Sarx added.

Data News Staff Edited Report In his post as Councilmember of District E, Oliver Thomas is bringing a brand of
X
About LA Data News 1571 Articles
Lighting The Road To The Future
Website