Breaking News
Edwin Buggage Editor-in-Chief Data News Weekly
In these contentious times it is important to know that people are working together to make communities better for all its citizens. Recently, Tracie Washington, the Director of Title IX Compliance/Title IX Coordinator at Southern University Law Center and Arnie Fielkow, CEO of the Jewish Federation of Greater New Orleans penned an op-ed that appeared in NOLA.com. In it they spoke of their two-decade friendship, African American and Jewish relations, and their suggestions for how to bring people together in the City of New Orleans. Also, they appeared together on WBOK 1230 AM to discuss this pressing issue. Recently, they both spoke with Data News Weekly Editor-in-Chief Edwin Buggage.

EB: What brought you and Arnie Fielkow together to speak on the issue of promoting better understanding among different groups of people in New Orleans?
TW: It starts with the understanding of each other and our deep belief that once people get to know each other in whatever forum have causes them to form opinions about each other once you get outside that arena and deal with people one on one you learn there is more that we share as humans in our humanity that tear us apart. Arnie and I did not become friends in politics, but our shared love of kids and kids’ sports. He was my son’s baseball coach, and even though he had other things going on, he committed himself to working with a group of kids not only playing baseball but all other facets of their lives. We had kids from all socioeconomic strata, and Arnie made sure that all those kids felt valued. I gained a lot of respect for him in that we shared the same opinion about what the New Orleans community needs to bring people together. Of course, that didn’t mean that we always agreed, but he was always willing to listen. An example is when I was at the Louisiana Justice Institute, when I served as the co-director, he opened his door and listened to community members and came with an open mind and concluded he should rethink public policy relating to this issue. That’s all we expect of our political leaders.

EB: Can you speak to the issue of Black and Jewish Relations?
TW: It is a strange thing because when you look at one race vs one religion it sort of doesn’t make sense in my mind. I think it’s more cultural because it is difficult for me to say Black vs. Jews. This is in my view a false equivocation. Also, I think that there are so many malevolent forces that pit one group against another, and this is counterproductive for all the citizens of our city. I think we are stronger when we recognize this is a time for us to fight together against injustice wherever it is and build bridges of understanding.

EB: How do we create a unified front in the fight against hate and injustice?
TW: When a synagogue is attacked, I want it to be the same action whether it is a church, or any place of worship being attacked. We should do whatever we can to support each other and realize we have more in common than not. Also, when we frame the topic differently, we can open our eyes and make our community understand issues better. Indeed, it helps with empathizing and eventually realizing that we can love and respect those who are different than us. If we can move in this direction, New Orleans can possibly become the epicenter of a community that gets it right.

EB: What is your recipe for bringing people together at a welcome table that’s centered on solutions to the problems that plague the city?
TW: The city has problems that affect all of us but is comprised of many different types of communities and there is not a one size fit all solution. There are specific issues that each community faces, and it is important to recognize that and to devise approaches that can lead to positive results that better the lives of the residents of those communities.

EB: Is there anything else you would like to say to the community?
TW: Don’t look at Arnie and our relationship as an anomaly, we are people from seemingly two different backgrounds with the same goal in mind. Which is to make our city better for everyone regardless of their background. I feel to accomplish this we must be intentional in opening our hearts and homes to individuals from all walks of life, building bridges of understanding. This is an important step moving forward, and I have faith in our community that we can become truly one New Orleans living in a city where all can thrive. 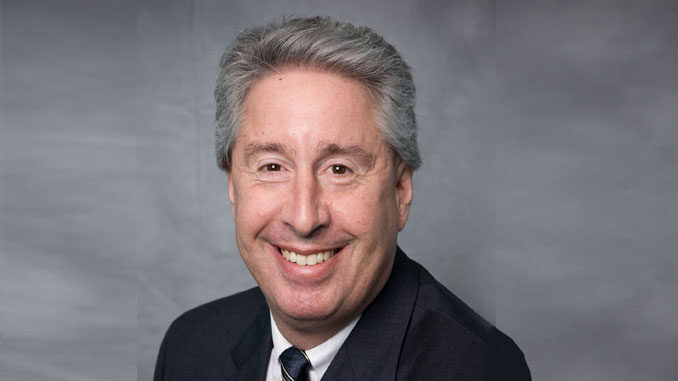 EB: How is it that you have come to call New Orleans home?

AF: My family and I were blessed to come here in the year 2000 as I was privileged to become the Executive Vice-President of the New Orleans Saints. Coming to this city was truly a blessing. I was with the Saints for 6 years through Katrina. Then, I ran for City Council-at-Large in 2006 serving with Oliver Thomas in this post, and I won re-election in 2010. I then left elected office and got back in the sports field working with the NBA. But I missed this great city and came back a few years later.

EB: What are some of your positive contributions to the City of New Orleans?

AF: I would like to think I played a helpful role in a very difficult time after Katrina to help rebuild the city and all of us are proud of what’s transpired in the past 17 years. I know we still have a long way to go, and I have dedicated myself to the youth of New Orleans. Presently, we are working with NORD building a great athletic facility in the 9th ward. This is and other projects centered on our youth is important because we must invest in them because they are the future of our city. And while I am finishing my term out as CEO of the Jewish Federation of Greater New Orleans, in my time leading the organization we have worked to build and enhance relations between the Jewish Community and the African American community.

EB: Talk about the historic connection between the Jewish and the African American community?

AF: I urge everybody to google the op-ed that Tracie Washington and I did that was published on NOLA.com on this subject. We were motivated to write this because we are living in very perilous times. There is a lot of hate that’s taking place around racism and antisemitism and other forms of bigotry and discrimination. I feel it is more important than ever for the African American and Jewish communities to come back together to understand the commonalities we have historically. We have had an historic bond during the Civil Rights Movement, and admittedly, it has been fractured over the past couple of decades for a variety of reasons. But now we have to lock our arms together and work towards eliminating hate and the way to do that is through open dialog and building partnerships.

EB: What projects are the Jewish Federation doing specifically with the African American community and its institutions?

AF: The first thing I am very proud of is that I formed a center called the Goldring Family Foundation Center for Jewish Multicultural Affairs. This was funded by the Goldring family, the mission of the center is to enhance the relationship between the Jewish and three communities, the African American community, the Hispanic community, and the LGBTQ+ community. We have taken multiple civil rights trips, taking African American and Jewish youth to Alabama each year. Additionally, we have a tremendous partnership with St. Augustine High School, where we do a direct program where we award 4 to 5 scholarships to seniors going onto college. Also, we have an HBCU series with Dillard, Xavier and SUNO where three times a year we bring in national speakers of interest to both the African American and Jewish Community. We also have a monthly radio show on WBOK. We have a whole array of activities that try to bring our communities together.

EB: Why is the role of the faith-based community in making New Orleans and the nation a better city for all?

AF: I think it is important that faith-based leaders play a vital role and work together to see the common threads that connect them. Where today we collectively come together and say no that is not what America is about and to mute these voices of hate.

EB: What is your recipe for a great life and a better New Orleans?

AF: There is no bigger cheerleader for this city than Arnie Fielkow and his family. We made the conscious decision to come back here. Also, I think we New Orleanians are too hard on ourselves. We live in the greatest city in America. Where its food, music and most importantly its people contribute to its greatness that keep people from around the world coming to experience. It is my hope and prayer the leadership elected and otherwise continue working towards it potential to be a city with equity for everyone no matter where you live or the color of your skin or your religion, and that we continue to work together to make this the most special place on earth.