WASHINGTON — Kathryn “Kat” Cammack was left homeless less than a decade ago, but now calls the House of Representatives home. A Colorado native turned Floridian, and now the youngest Republican woman in Congress, she dove headfirst into her job in January 2021.

She’s not new to Capitol Hill, though: The former deputy chief of staff to the now-retired Rep. Ted Yoho (R-Fla.) traded the tiny nameplate on her desk for a larger one in the hallway outside her own U.S. House office.

The GOP focused recruiting efforts on women and minorities in 2019 and 2020, and the result is the most diverse GOP freshman class in history. There were 22 Republican women in Congress two years ago; that jumped to 35 when new members were sworn in this year. House Minority Leader Kevin McCarthy (R-Calif.) called the incoming Republicans “the most diverse class we’ve ever had” in a press briefing. “Every Democratic incumbent who lost either lost to a woman, minority, or a veteran Republican,” McCarthy said.

“I think that women have such a unique perspective, but the best thing about this incredible class of women coming into the 117th [Congress] is that not a single one of us campaigned on being a woman,” Cammack told Zenger News at the Conservative Political Action Conference in Orlando, Fla.
“We wanted to get elected because we were the best person for the job, and you know what, the American people agreed.”

Raised in her family’s sandblasting business, she lived on her parents’ cattle ranch in rural Colorado until they were evicted. Cammack was homeless until Yoho asked her to work for him in Washington and helm his 2012 campaign.

“Just nine years ago I was homeless, and that means I have a different perspective when it comes to the left has typically led on,” she told Zenger. “Things like poverty, homelessness, opioid epidemics, these are the issues we’re going to start going after.”

“I know what it is like to have been homeless, and that was the catalyst for getting involved in the political process,” Cammack told Zenger in an earlier interview. “That was really the driving force for me. Some days on the campaign trail are absolutely brutal, but knowing the reasons behind why you are doing this keeps you going.”

Cammack ran as a constitutional conservative, blasting opponents to her political left as “chickens.”

“I am done with the Washington wimps who won’t support President Trump,” she said in one Republican primary ad. “The media and insiders can go to hell. I’m pro-gun, pro-life, pro-wall and I won’t let the crazy liberals destroy our economy.”

It didn’t take Cammack long to bristle at the Capitol’s gun-control rules when she arrived in Washington: The District of Columbia’s firearms laws are strict, but the House and Senate sergeants-at-arms take it up a notch.

“It’s new for a lot of us folks. I’m a concealed carry permit holder. There are rules like members cannot conceal, carry, or bring guns on campus,” Cammack told Zenger. “There was quite a shock for some of them, when they were told absolutely, no, you cannot have a gun on Capitol Hill, and you can’t have it on the House floor.”

Wearing masks as a Covid-19 prevention measure, like gun ownership, is something that the 50 U.S. states handle in dozens of different ways. In Congress, one standard applies to everyone.

“You’ve got members that come from states where masks are not mandatory,” Cammack said. “The restrictions on Capitol Hill are pretty stringent right now. There are frustrations with that, for sure. 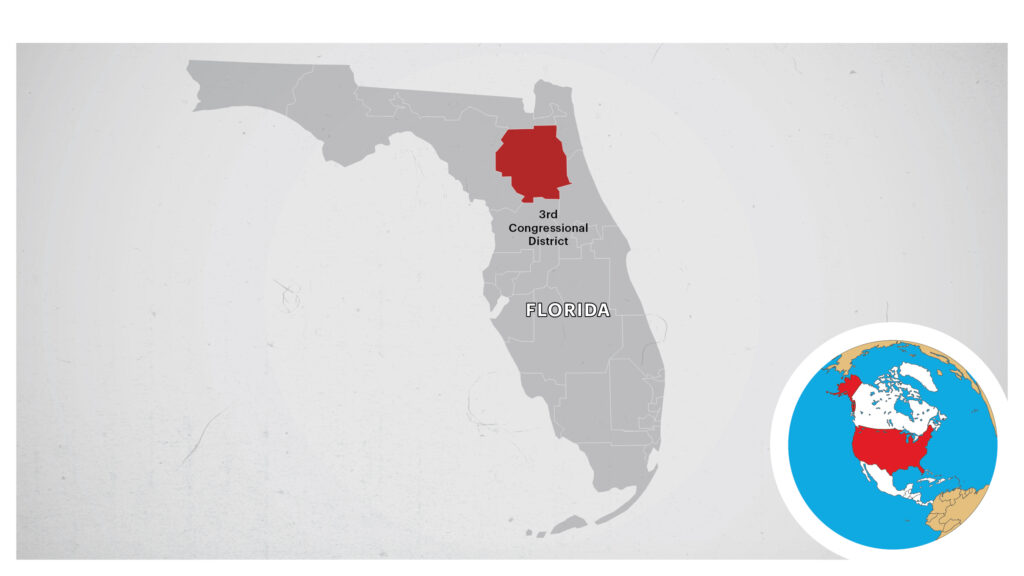 “So it’s just part of the learning process. And you know, that’s, that’s why we have orientation, so we can all get on the same page,” she said.

Cammack has signed on to term limits pledge, and hopes other lawmakers join her. “I think every member of Congress should get behind the idea of term limits,” she told Zenger. She also said it won’t work unless lawmakers of both parties take the pledge. “Nancy Pelosi has been in Congress longer than I’ve been alive. Let’s start with her.”

Out of the 539 members of Congress, 144 of them are women. The number has increased by 50% in the last decade, reaching a historic high after the 2020 election.

The first woman to serve in Congress, Jeannette Rankin (R-MT), was elected in 1916, four years before women had the right to vote.

The post VIDEO: Women Making History — She Was Homeless But Now Serves In The House appeared first on Zenger News.