Millions of residents across Texas lost power and water in a once in a generation winter storm that left at least 30 people dead. The state experienced record-breaking temperatures as low as 9 degrees Fahrenheit and with an average of 3 to 5 inches of snow.

For Alisa Levy, a 26-year-old student and a veteran, her power went out on Tuesday, Feb. 16, for 3 days while her water first went out on Monday, Feb. 15. By the weekend, her water supply had still not returned to full capacity. With the temperatures reducing, Levy shared that she used layers of covers for warmth and lit candles for light. As for clean water and plumbing, Levy had to get creative.

For some, the snow storm reminded them of seasonal hurricanes, except for the cold. Michael Ross, a 52-year-old Texas resident who resides in Dallas, compared the aftermath of this snowstorm to previous hurricanes.

“For me everything that is happening has happened after a hurricane, but the fact that you can compare the aftermath of a storm to a natural disaster is unbelievable,” Ross shared in a phone call.

Many Texas residents said they were shocked at the system failures and the lack of efficient preparation. Unlike other states, Texas runs on its own separate grid that relies on the Electric Reliability Council of Texas, or ERCOT, to operate its power grid. Most of Texas also cannot gain power from the Eastern or Western Interconnection power grids that serves the rest of the country and is subject to federal regulations.

“Republicans didn’t trust a lot of government intervention, so they [left] all responsibility to one company,” said Pamela Harris, 50, a Houston resident, whose daughter attends college in New Orleans at Xavier University. “If [we were] a part of the regular power grid, we would be able to borrow power from other states,” she said.

Harris added that she was one of the lucky residents to regain power but wished there was more she could do to help others.

“The worst of it was having to see people in neighboring suburbs suffer and you are helpless because people can’t get to you and you can’t get to them. You can’t offer heat or any resources so people are just stuck,” Harris said.

Although some families could contact their relatives for help, most could not seek refuge elsewhere. Christian Cain, a 19-year-old from Dallas, Texas, shared that he offered shelter to members of his own family.

“My aunty and granny who live down the street and the people above them, [their] pipes burst and flooded their apartment so they’re over here now,” Cain said. Many other households didn’t have this luxury and sought out shelter in the few warm emergency shelters, he said.

The property damage, deaths, and desperation from this winter natural disaster prompted many Texans to begin to ask what must now be done to protect households from extreme weather events. The state’s governor Greg Abbott, who has been heavily criticized during the disaster, and other leaders, have begun investigations to start to reevaluate the state’s preparation for future weather emergency events.

“It gets cold in many parts of this country, so the country is accustomed to that,” said Angela Jackson, a 57-year-old former principal. “So we should have not had to lose lights, power like that, homes that are damaged, and ultimately people died. It shouldn’t have happened,” Jackson said.

Texans can receive direct help by donating to any of the following organizations:
• The Salvation Army provides shelter, food, and other essentials.
• The American Red Cross is supporting at least 35 warming centers with cots and blankets statewide.
• In Austin, the #LoveThyNeighborTX campaign, is helping to raise money for hotel rooms, food, water, and clothing.
• Mercy Chefs is providing hot meals, clean drinking water and USDA Farmers to Families grocery boxes in the Dallas/Fort Worth area.
• The Houston Food Bank is distributing food.
• The Other Ones Foundation is also providing resiliency kits for residents of the campsite and for those experiencing homelessness.
• Lucille’s 1913 Community Kitchen is preparing and distributing meals in the Houston area.
• Austin Pets Alive! needs heating pads, Styrofoam coolers, dog beds, heat lamps and monetary donations. 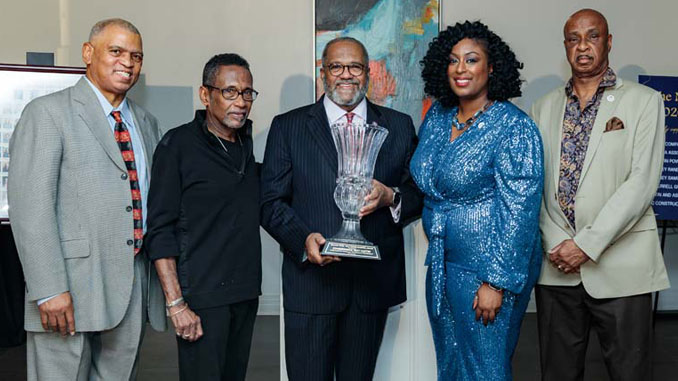