The sounds of New Orleans jazz played as the smell of fried fish and chicken filled the air for locals and tourists who gathered at the St. Augustine Catholic Church on Governor Nicholls Street for the 5th Annual Tremé Fall Festival that took place on Saturday, Oct. 5, 2019.

Treme’ Fest is put on to help raise money for restorations of St. Augustine Catholic Church and other important landmarks in this historically African American part of the city. The festival is a mixture of art vendors, food vendors, and local performers. Wanda Rouzan, Naydja CoJoe, Dawn Richard, and Kermit Ruffins were just a few of the performers from this year’s festival. Organizers set up the festival stage on gravel behind the church with tents and chairs, and a spacewalk for kids to jump to attract the community. 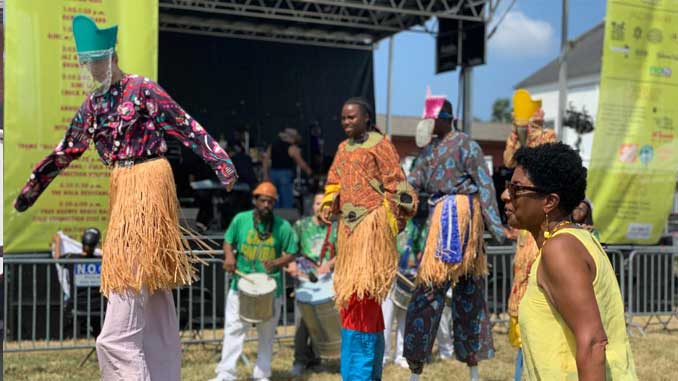 “I was getting ready to wrap up, but they told me I have five more minutes on stage so let’s keep partying y’all!” Wanda Rouzan told an energized crowd of dozens of spectators as she joined Naydja CoJoe together for a few selections that had the crowd on their feet dancing through the heat.

Attendees were reminded to make their voices heard at the upcoming local election, and organizers included a registration booth to make it easier for members of the community to ensure they were prepared to exercise their civic duty on Oct. 12th.
Many attendees said this was more than a festival and saw the event as a way to inspire more community interaction and to promote positive actions throughout not only the Tremé area, but the entire city.

“This is my second year attending Tremé Fest,” said Bria Morlier, a Gentilly native. “[I’m] not sure what it is I love more: the food, music, or the arts, so I’ll just say I love it all,” Morlier added.

Performers from Samba Kids entertained the crowd as they danced on stilts to the beat of African drums. The program is a part of Casa Samba and is a New Orleans Recreation Development Commission Program that teaches Samba drumming and stilt walking to support cultural enrichment and healthy activities for young people in the area. The free program meets on Saturdays at the NORDC Center at 800 Race St., to teach the artform and welcomed members of the community who came to the festival to bring their children to learn the tradition.

Destinee Ross, a California native, said it was the first time she attended and that she was excited about being at the festival.
“I just landed in New Orleans this morning and was looking for something to do, but I just wanted it to involve food,” Ross said. “The food is a plus but seeing how this festival is doing its part to keep the community together is outstanding,” she said. 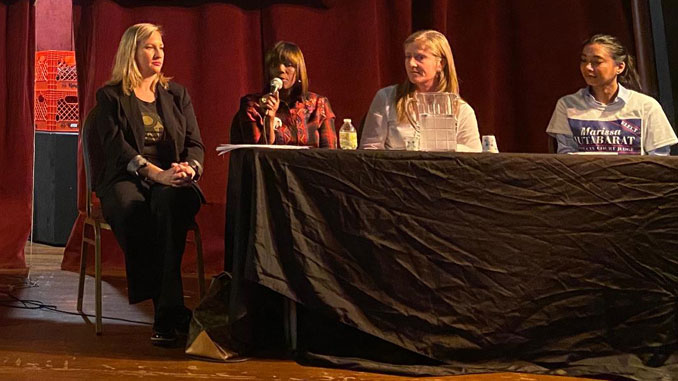