TRIBAL TIMELINE
2012 – Present Big Chief Edward “Freaky E” Johnson
There are very few good things that came from the Katrina catastrophe. The more we speak with younger chiefs we see the effect much more clearly. Before the storm Chief Edward was raised and still lives in the Heart of Uptown on the corner of Louisiana and Barone. he grew up across the street from the legendary Big Chief Bo Dollis Sr. of the Wild Magnolias and went to elementary school with Bo Dollis Jr. and his late father Joseph Johnson Sr. was a Music Minister and Member of Zulu. His spiritual roots given by his father while playing drums in the church connects to Chief also being immersed in the brass band culture as a member of “The Young Pinstripe Brass Band and VP of the “We are one” social aid and pleasure club and most of his tribe being comprised of brass band players. Those roots make it easy to see why Big Chief was destined to be an uptown Culture bearer.

After the Hurricane Katrina, Joe Johnson the brother of Chief Edward, introduced him to the person he refers till this day as his Big Chief Otto” Fiyo” Dejean of the Hard Head Hunters. Joe Johnson also masked after getting inspiration from his younger brother. Joe took up their father’s trade as a plumber during the rebuild and met Chief Fiyo and convinced this staunch uptown soldier to mask downtown after being The Wild Magnolias, Wildman for four years. Chief Edward is from Uptown so the chants representing the downtown 7th ward was extremely difficult to verbalize says Chief. A hands-on approach, with discipline and compassion are tools Chief Edward learned from Chief Fiyo and uses with The Uptown Warriors. The displacement caused by the storm made New Orleanains in our neighborhoods not see themselves localized by their ward or even their side of the river. This one nation view point will ultimately save this culture.

Q) What was your first experience with this Black Masking Culture?
A) Standing outside of this house and watching Bo Dollis and the Wild Magnolias was my first. I asked my mom and she said they were Indians. I was about 10. We walked to Zulu because my dad was in Zulu. We would walk down past the Indians and that was it. We used to see the Indians and would stop for a moment because that’s the neighbors. Back then you didn’t take any pictures.

Q) How did Black Masking help develop the relationship between you and your brother?
A) It was amazing that we could collaborate, and I taught him something instead of the big brother teaching me something. It was like, aww man I taught my brother how to sew, and he just went off with it after years, did his thing and made elaborate suits. It was a blessing that I could teach him something as a young person. It was a lot of late nights, but it was fun. We cried together, we fought and fussed at each other and these experiences heled our bond become strong.

Q) What advice do you have for people who desire to be a part of the culture?
A) It’s a brotherhood. If you don’t have a brother and you get into the culture, we look out for each other. You learn a lot in the culture. You meet people and you do things that you never did before. It’s not like you can go pay somebody to do this. You have to build a bond and follow that Chief and learn his ways. If you want to be with that tribe you go find out about that Chief, you just don’t hop into that. To teach somebody that stuff is a blessing, to give back is a blessing, and our gang we give back, even helping other tribes if we’re not masking.

Q) What does sewing mean to this culture?
A) A lot, we are paying homage. Certain people like FiYiYi, their suits tell a story, some people have their own way of giving their story. When you look at our suits on different parts(patches), you could look at it and see that’s what it is. Last year my Flag Boy Cordell Patterson did Congo Square. You didn’t have to look at it with a flashlight to see that its Congo Square, you knew. We critique to the end because of where we come from.

Q) Why do you decide to use the dark brown man on your suit?
A) Indians are Black, but I would never use a black bead because black beads are usually for outlining. Back in the day you would see the difference in uptown outlining with white beads and downtown uses black. In our suits we use them in different ways. With the faces and stuff I use them because we’re brown, we’re black. I use something close to it.

Q) What is the spirit of your tribe?
A) We got one thing we say, we say Warriors, and when we say that its on. If the Spy Boys or anybody says Uptown Warrior Gang, it’s on. 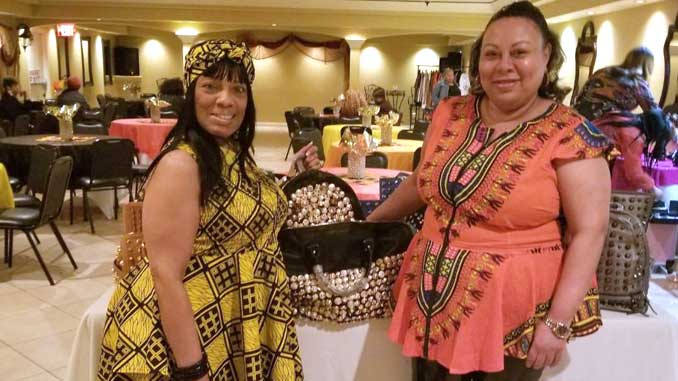