She received backlash from conservative voices online, but award-winning Journalist Nikole Hannah-Jones said she knew that the 1619 Project was an important journalistic exercise to correct the History of African Americans in mainstream narratives.

“This piece had to force us to confront this living legacy, not write about just the past,” said Hannah-Jones, who delivered the Sankofa Lecture at Xavier University of Louisiana on Saturday, Nov. 9, 2019, organized by The Center for Equity, Justice, and the Human Spirit. A day earlier on Nov. 8th, Hannah-Jones addressed a packed Ashe’ Powerhouse Theater on Baronne Street, for “Conversations in Color” moderated by Dr. Selamawit D. Terrefe, an Assistant Professor of African American Literature and Culture at Tulane University. 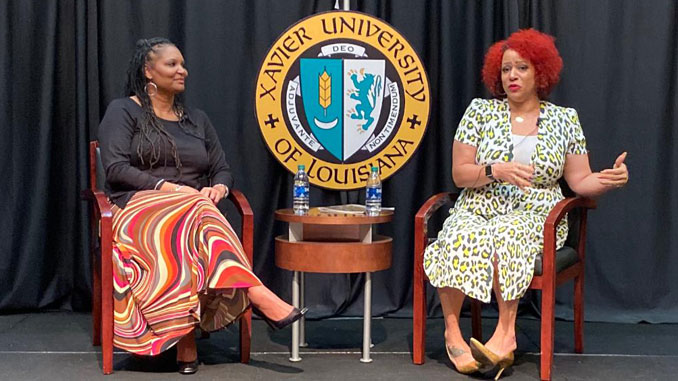 The 1619 Project was published by The New York Times Magazine in August to observe the 400th Anniversary of the beginning of American slavery and the arrival of the first enslaved Africans to the present-day United States. The project originally started off as just an issue in the magazine but turned a collection covered digitally and in print. It immediately sold out and is now available through the Pulitzer Center as a teaching curriculum and as a free copy of the magazine that can be downloaded and printed. It includes essays, short fiction, poems, and a photo essay that all work to redefine the history of slavery and the arrival of enslaved people in America.

This project features the leading scholars in history, political science, economics and popular culture to challenge the original 1776 Founding Documents of the United States, raising critical questions about the country’s principles of liberty for all. Hannah-Jones said she wanted African Americans to learn how fundamental they are to this nation’s history and development and she wanted all other Americans to recognize the debt owed to them.

“We should feel a lot of emotion on what this country has done, and the work had to be unflinching,” Hannah-Jones said.
It was a project that Hannah-Jones first conceived when she was younger and took her first Black studies course in public school. She often wondered why African American History often jumped from slavery to civil rights but failed to showcase almost 100-years of resistance to institutional violence against Black Americans after slavery.

“No other country was founded on individual liberty and enslavement at the same time,” Hannah-Jones said.
She shared that in reading books about African American History in high school made her feel whole. It allowed her to understand her people and the world around her. This inspired her to join her high school newspaper and start writing about people like her. From there she developed a love for history and journalism, which ultimately led to her covering racial injustice and civil rights issues for The New York Times. There she finally pitched the idea for the 1619 Project and turned it into a major program contributed to by Black journalists, writers, and academics. She noted that everything in the 1619 Project is not new and that Black intellectuals, artists and leaders in the past had all left a record. However, she wanted this knowledge to become more mainstream and that The Times, as a place of national record, was an intentional space to do so.

“It made us realize the currency of art and the image and it made us realize the breadth and depth of this project, no stone was left unturned in the 1619 Project,” said Dr. Robin Vander, an Associate Professor of African American and Diaspora Studies who moderated the event at Xavier. “This project gives so much to the institutionalization of disparities in the Black community,” Vander said. 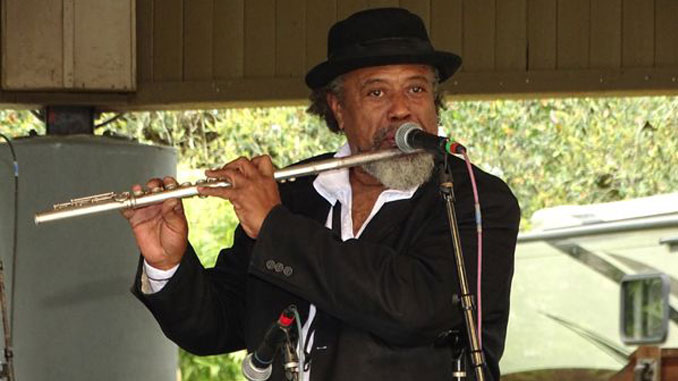