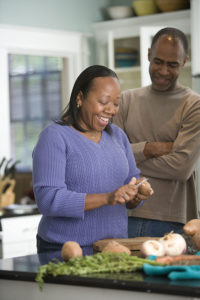 As some might expect, the steepest homeownership decline occurred in Black communities, where the percentage of homeowners dropped to 42.2 percent. Among the nation’s largest metro areas, Black homeownership declined the greatest in Atlanta, Baltimore, Dallas and Detroit. By contrast, Latino-American homeownership is higher at 46 percent, but both communities of color severely lag behind the nearly 72 percent rate of White homeownership.
“The ability of most U.S. households to become homeowners,” states the report, “depends on the availability and affordability of financing.”
And therein lies the crux of the problem: access and affordability.
The lack of access to mortgage financing in Black America has a long history rooted in outright discrimination by private actors such as banks, and supported by inequitable federal housing policies that favored white communities, while intentionally disadvantaging Black communities. This discrimination hindered generations of Black families from entering and remaining among America’s middle class. These practices also resulted in lower levels of both Black wealth and homeownership.
Today, applying for a mortgage means a visit to a bank where high incomes, low debt and high credit scores are among the most favored measures for loan application success. Since the foreclosure crisis, according to the JCHS report, the median credit score for an owner-occupied home purchase origination increased from about 700 in 2005 to 732 in 2016.
Just as communities of color were wrongly targeted for predatory and high-cost mortgages that pushed them into foreclosure, these same communities are the most likely to have suffered credit score declines from foreclosures, unemployment or delinquent debt—or a combination of all three.
According to a 2017 CFED report, “A Downpayment on the Divide,” the mortgage denial rate for Blacks is more than 25 percent, near 20 percent for Latinos, but just over 10 percent for White applicants.
The issue of housing affordability is just as challenging. CFED also found that whites are three times more likely than Blacks to receive financial assistance from families to pay for down payments and other upfront costs that accompany a mortgage. The racial disparity is due to America’s history of whites being able to accumulate wealth through homeownership opportunity while Blacks were denied. As a result, Black households typically delay homeownership 8 years longer than Whites, resulting in a comparable delay in building home equity.
JCHS also found that nearly 39 million American families are financially challenged with their cost of housing.
So, is the American Dream of homeownership realistic for communities of color?
A June 29 public hearing before the U.S. Senate Banking Committee focused on how mortgage finance reform and government-sponsored enterprises, also known as GSEs, must live up to its “duty to serve” all communities.
“Homeownership is the primary way that most middle-class families build wealth and achieve economic stability,” testified Mike Calhoun, President of the Center for Responsible Lending. “Wide access to credit is critical for building family wealth, closing the racial wealth gap and for the housing market overall.”
In the throes of the 1930s Great Depression, Congress created the GSEs to provide stability to capital markets and to increase the availability of mortgage credit throughout the nation. They were also given a mandate: Serve all credit markets all times, ensuring access and availability across the country.
From 2003 to 2006, the years leading up to the housing crisis, the GSEs followed an unfortunate private mortgage market trend. By loosening underwriting guidelines, particularly for Alt-A no documentation loans, millions of foreclosures occurred and GSE credit losses led to conservatorship under the Housing and Economic Recovery Act of 2008, also known as HERA. HERA also enacted a number of reforms that have made today’s market stronger.
Now, with far fewer foreclosures nationwide, Congress is deliberating over the future of the GSEs and $6.17 trillion in mortgages they now hold along with Federal Housing Administration issued mortgages.
“Home equity accounts for only 30 percent of the net worth for wealthier households,” continued Calhoun, “but constitutes 67 percent for middle-to-low income households. Home equity accounts for 53 percent of African-American wealth as compared to 39 percent for whites.”
Homebuyers of the future will be more racially and ethnically diverse than those of the past. The JCHS reported that non-whites accounted for 60 percent of household growth from 1995-2015. By 2035, it predicts that half of millennial households will be non-White.
When communities of all sizes, colors, and economies succeed, so does America. While much of our nation has financially recovered from the foreclosure crisis that brought the loss of homes, jobs, businesses, and wealth, recovery has been uneven and left many communities behind.
Those entrusted with leadership roles in the public and private sectors must agree that it is in our national interest to ensure that the recovery is inclusive and sustainable long-term. Broad access to mortgage credit still helps families and the national economy.
“The goal must be to ensure that the full universe of creditworthy borrowers—regardless of where they live, including in rural areas, or who they are—have access to the credit they need to be able to secure a mortgage so that they can build their American dreams,” concluded Calhoun.
Charlene Crowell is the communications deputy director for the Center for Responsible Lending. She can be reached at Charlene.crowell@responsiblelending.org.

Cora Lester The Drum Newspaper   The Christians, book one, follows the life and love of Mary Jean Woods, a young, Christian
X