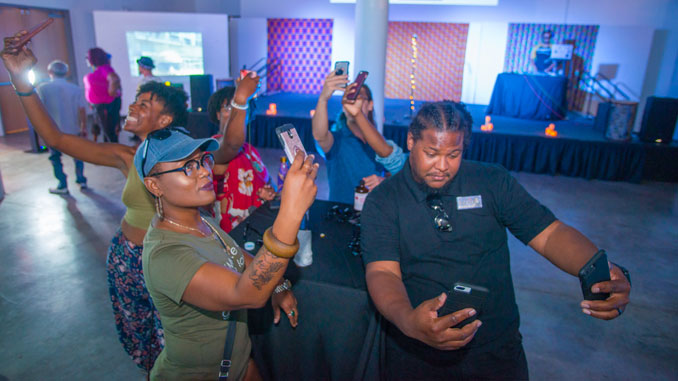 On August 24, 2019 the Ashe’ Cultural Arts Center hosted an amazing event called “NOLA Black Selfie Project – The Exhibit. Hosted by Hollywood and featuring Sunni Patterson, Troy Sawyer, Jawara Simon and Jafar Pierre, with music by Chris Stylez. Many came out to support this historical and groundbreaking event telling the story of the people of New Orleans through photos.

Purple and Gold on a Roll