Celebrating A Life of Passion and Purpose

The city recently lost a local treasure, photojournalist Kichea Burt who passed away at the age of 71. She was a phenomenal woman who lived a life dedicated to helping those in need as a Psychotherapist, in addition to being a culture bearer as a photographer, with the spirit and uniqueness of New Orleans. Her love of photography began at an early age recounts her daughter Chanell Gautreaux. “My mother actually built a pinhole camera when she was 12. She was always creative but found a way to balance her life as a therapist,” she says in praise of her mother, who lived a life full of passion and purpose.

Dawn of a New Day: From Susan Elizabeth Jones to Kichea Afikiano

Born Susan Elizabeth Jones, in New Orleans, after high school she attended UC Berkley during the 1970’s and also USC where she received a Master’s Degree. There she sprouted the wings that would guide an incredible life, renaming herself Kichea Afikiano, which means “Dawn of a New Day.” In this life it would be one where selfless service and touching souls would be the light that guided her life and mission.

A Life of Selfless Service

Bethany Bultman, Co-Founder and Director of the New Orleans Musicians’ Clinic, where Kichea provided Mental Health Services to culture bearers for a number of years developed a professional relationship with Burt over the years which became a meaningful friendship of mutual love, care and sisterhood. She met Kichea as a photographer, but as the Musicians’ Clinic began expanding into the area of mental health and was seeking an African American Therapist who knew the culture, Kichea’s name kept coming up as the go-to person. “She was unlike any therapist and her impact will be everlasting on her clients,” says Bultman. “She was truly special and unique in that she was a Mental Health Professional, in that she was able to bring a cultural sensitivity, compassion and understanding that is very rare.”

Speaking of her admiringly and in New Orleans terminology as she measures her impact, Bultman says, “She was a leader. Think of her as a Grand Marshall of a second line at the New Orleans Musicians’ Clinic. Kichea was a culturally competent person. Working with our medical staff to serve our clients was the greatest gift in the world. No one can replicate what she did. She was truly one of a kind and I will miss her.”

Debra Howard, who is Director of Affordable Healing Arts, also worked with Kichea, who in her eight years helped many gain the tools to live healthy lives. “I have been lucky to have her for the time we did. She was valuable and committed to helping. She was most interested in helping children,” she says. Continuing she adds, “She loved New Orleans and in her many capacities, found a way to help out and uplift her city and its people.”

Capturing the Perfect Shot: The Love of Culture and Inspiring the Next Generation

It is interesting how she lived a dual life that had parallel roads, but they met in helping and showcasing the specialness of the people of her native city. Her daughter Chanell recounts how her love of children resonated in her photography. “There is a picture I think of with my mother, myself and Albert Cooper in front of Mid-City Gallery prior to Katrina, of young children Masking Indian. She loved young people and the passing on of tradition and it showed in the work.”

Burt worked with WWOZ, a Community Radio Station dedicated to the music, culture and heritage of New Orleans, as a photographer. David Ankers, Director of Programming, came to know her and they became great friends. “She seemed to know every musician in New Orleans, or at least knew everything about them. She introduced me to more photographers, musicians, friends of musicians, poets, and Mardi Gras Indians. She shot second lines, festivals, shows at Tipitinas, Jazz funerals, Mardi Gras parades. Everything. She was out every weekend, and it seemed like she never missed any celebration in New Orleans.”

Chronicling the Best of a People

Given New Orleans is a place that celebrates life every day of the year, Kichea’s contribution is one that warmed the hearts of so many through her work as a photographer, chronicling who we are as people in this amazing and special place.

Life, Legacy and Impact on Many Lives

During her homegoing celebration, many from the arts and cultural community who she shot showed up to pay their respects. She is survived by her daughter Chanell, her son Michael, her grandchildren Rhyan, Loric, Tianna, Allyra, Tabitha and Karii, and three fur babies: Tina, Tigger and Wink, and a host of loved ones whose lives she touched in her seven decades of life.

New Orleans Data News Weekly was a place where Burt’s photos appeared regularly for several decades and the paper’s Publisher Terry Jones, who is also her cousin says, “She contributed so much to our city in telling the story of our people. Through her photography, her legacy is one of impact that will last through the ages.”

As we celebrate the life of Susan Elizabeth Jones/Kichea Afikano, the dawn of a new day is upon us as she’s transitioned, and we the living who had the opportunity to experience her have had an example of how to live a life filled with passion and purpose to emulate and be inspired by. It is in this the spirit of New Orleans that today we second line and continue the work of her life and mission which is to encourage, love, uplift and inspire each other to be better. 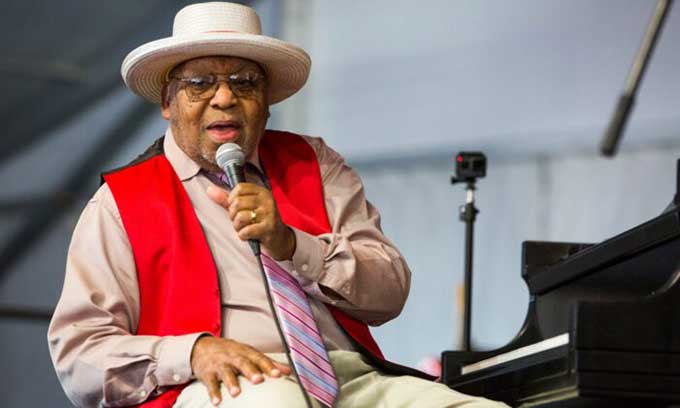 Data News Weekly Staff Edited ReportNew Orleans is a City with a great musical heritage. It is the birthplace of
X