A City that Celebrates Life
New Orleans is a city that celebrates life and living in a way like no other in the United States. On August 19th -21st, 2022, Delfeayo Marsalis and the Uptown Jazz Orchestra will host the 2nd Annual Jazz at Congo Square Festival, a FREE celebration of New Orleans music, food, culture, and traditions.

“Because of its remarkable success last year, we added a day to this year’s celebration,” Marsalis told Data News Weekly.

Speaking of the significance of Congo Square and festival he states, “The idea behind the festival is to celebrate the ancestors and have a good time. You have to imagine that enslaved people used this space to celebrate, interact, enjoy, and recreate and maintain their culture. Today, because of this place, New Orleans have given so many gifts of music, food, and culture to the world.” 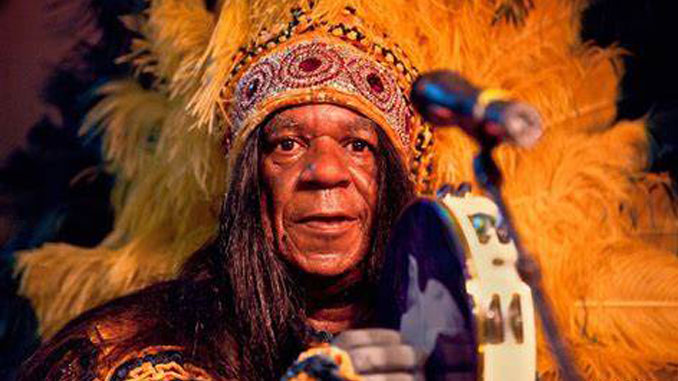 “New Orleans is more than one part of our culture, which is why we’re trying to celebrate all aspects of what makes our city so unique, at the same time,” says founder Delfeayo Marsalis in a news release. “In keeping with the festival’s original mission, we are creating a movement that both honors Congo Square and supports the New Orleans talent pool.”

On Saturday, August 20th and Sunday, August 21st from 1:30 to 7:30pm, the 2nd Annual Jazz at Congo Square Festival will showcase a variety of artists who have contributed tremendously to our city’s local scene and the international music community at-large. Hosted by WWL-TV News Personality Charisse Gibson, and two alumni of the Uptown Music Theatre, the 2-day event will include local food, art and merchandise vendors, as well as spoken word and musical artists including: Doreen Ketchens, Delfeayo Marsalis and the Uptown Jazz Orchestra, Corey Henry and the Tremé Funktet, Tonya Boyd-Cannon, the Brass-A-Holics, Where Y’at Brass Band, DJ Captain Charles and more.

Family, Community and Unity
This is more than just a good time, it is about giving back and serving others in the community. Proceeds from the 2nd Annual Jazz at Congo Square Festival will benefit two other community-based organizations founded by Marsalis: The Uptown Music Theatre—an award-winning organization that empowers youth through musical theatre training; and Keep NOLA Music Alive (KNOMA)—founded in the midst of the COVID-19 Pandemic for the purpose of providing emergency relief to native New Orleans culture bearers.

As a person belonging to a family that’s given and shared so much to the city and the world; Marsalis is continuing a great legacy.

“Family and community have always been important to me; I am trying to be a part of many things that bring people together. Congo Square is a special place, and I believe we cannot visit it enough. The festival is about raising awareness and appreciating what it is and what it represents. I feel it is important that we continue to celebrate our cultural heritage and share it with the world.”