How do we discuss this issue and what can we ultimately do to help?

How Male Abuse is Minimized

In an op-ed by Neffer Kerr titled, “Strong & Silent: Breaking the Stigma of Abuse Because Black Men Are Victims, Too,” by Ebony Magazine, Kerr recalls learning that her male friend, who was over six feet tall and gave off a facade of confidence, was being abused. All of these issues entered the forefront of her mind when Yasmine Elder killed Darius Ellis in 2017, forcing him to drink bleach. Kerr went on to express the dichotomy that male victims face due to how we view Black men, as well as calling for the creation of safe spaces for them to seek the help they need.

“We need to make sure we are open to what someone is saying and not negating their experience by telling them they are allowing it to happen or laughing at them because of their gender. The most detrimental thing you can do to someone who is attempting to share their pain is to minimize, ridicule, or call them a name. We always claim we want the men in our lives to be honest with us, but that cannot happen in an emotionally hostile or dismissive environment. Abuse knows no color, race, age, ethnicity, socio-economic status, or gender,” Kerr said.

According to Analysis of Family Violence Fatalities in 2020 found that of the 228 Texans killed by their intimate partners, forty women killed their male partners, a 28% increase from 2018 and 2019, with 30% being Black.

The downplaying and ridicule male abuse victims face is something, according to Ryan Thomas, Community Education Program Manager at Hope’s Door New Beginning Center, linked to how children are socialized.
“From a young age, girls are taught to disregard their boundaries, or you have to let boys cross if it’s because of love or affection, and boys were told, “stiff upper lip, don’t cry, you play like a girl.” So, we are taught from a young age to devalue women. Society wants us to be in the “man box.” So, men are supposed to be dominant and aggressive and all this stuff. That sets up a hierarchy already where one gender has power and control over the other. Essentially one is dominant, one is submissive and that is the exact power and control dynamics of an abusive relationship. Society tells us that men should be dominant and women submissive. So, this does not line up with reality, that oftentimes men are abused. So, those gender stereotypes – we know that the more than someone adheres to them more strictly, the more likely they are to be accepting, abuse or violence in a relationship both as the abuser and as the victim as well,” Thomas said.

In an article done by the World Economic Forum, Vanita Sundaram stated that among the young people she spoke to about whether or not violence was unacceptable provided a variety of responses, with them stating that men are innately violent. Women hitting men was seen as “unproblematic,” with people arguing that women are physically weaker and frail (thus, their use of violence was less significant).
“This distinction between different forms of violence makes wholesale prevention difficult. Given that gender appears to be a primary influence on young people’s views on violence, schools should prioritize teaching about equality between the genders in order to effectively challenge the acceptance and justification of some forms of violent behavior,” Sundaram said.

The Effects of Domestic Violence on Men

Thomas points out that while the physical scars of the abuse men face will inevitably dissipate the deeper wounds are emotional.

In a paper titled, “Black Men’s Intimate Partner Violence Victimization, Help Seeking, and Barriers to Help-Seeking,” Meagan A. Stewart explains that for Black men, there’s pressure to maintain “hegemonic masculinity” (the masculine ideal that society tells men to aspire to and the standards against which men are compared). However, due to White supremacy, they cannot get these masculine ideals and are instead stereotyped. Stewart argues that this leads to an environment where Black men are less likely to be believed about their abuse.

“Men of Color are often unable to reach hegemonic masculine ideals due to White supremacy embedded within these ideals (Connell & Messerschmidt, 2005; Romero, 2017). Black men specifically have been stereotyped to be aggressive, hypersexual, routinely labeled as criminals (Collins, 2009; Roth, 2004), and have a history of police, legal system, and medical maltreatment (Griffith et al., 2011; Jaiswal & Halkitis, 2019). These contexts create an environment where Black men may not seek IPV-related help when needed, and if they do, they might experience disbelief by professionals and systems, and encounter police brutality as assumed perpetrators (Fugate et al., 2005; Graham et al., 2020; Jaiswal & Halkitis, 2019),” Stewart said.

According to Thomas, the effects of intimate partner violence on men range from physical issues like a shortened life expectancy to mental health issues.

“Devastating losses to life expectancy and health, all sorts of physical ailments like Alzheimer’s, and of course, cortisol and adrenaline, pumping through a system that can have not only those physical effects which could be stomach issues. It could be complex PTSD, anxiety, depression, and self-destructive behaviors. I think the emotional toll that it takes, often, the deepest and then the things that we can you know when we’re young filter, you know, forever retained a kind of, you know, how we are going to react in future situations and so, the real tragedy of the year and so, that gets passed down generations,” Thomas said.

As for what we can do both systemically and individually to help work against intimate partner violence, Thomas states we should work to stop using gendered reasons for how we treat others. He also states that when helping victims, we should focus on offering concern and validation.

“The goal for anybody should be to show concern and validate. Hey, I see you, and I am concerned, I am worried about your safety. Then how can I help you explore options and resources? How can I support you in that endeavor, rather than saying, “you need to get out?” Because what makes somebody a victim of abuse is that somebody is constantly telling them what to do with that power and control. So even if we are trying to be helpful to a loved one, and say, “You need to get out, we’re disempowering them.” So really, it is about understanding that anybody can be a victim of abuse, it does not discriminate- grandson’s abuse grandmother, males abuse males. We do not have to be experts in it. We just have to be compassionate human beings,” he said.

The Mend Project refers to this as harmful, and backs Thomas’ statement, arguing that it can be beneficial to the well-being of the victim.

Thomas also states that women are not the main assailants, which leaves a gap in the abuse that women perpetuate against men, which goes unnoticed.

“It is more likely that for the women who do perpetrate violence against men, they are not the primary aggressors. That does leave, of course, this gaping hole of women who do use and are violent towards men, right. They will oftentimes that is not noticed, or it is overshadowed because of you know, the stigma. But I always just like to say, women do suffer disproportionately more,” he said.

While Thomas hopes the recent Depp vs Heard defamation trial can shine a light on this issue, he still does not see much change on the horizon.

“I think if any positive that could happen is that the recognition that this- whether it did or not happen to whomever-it could happen to men, right? It can have just the same social, psychological, emotional, and social consequences. For the children, we cannot forget about the kids who are witnessing this are going to be much more likely to grow up to be abusive or victims themselves. But the short answer is no, I have not seen that stigma change much yet,” he said.

“I think understanding that domestic abuse is about power and control and that it is not about why you stay or reasons to stay. It is what are the barriers to leaving, right? Because only when we can understand the whole power control dynamic, can we then understand the barriers? And then can we find a pathway out of that forest,” he said. 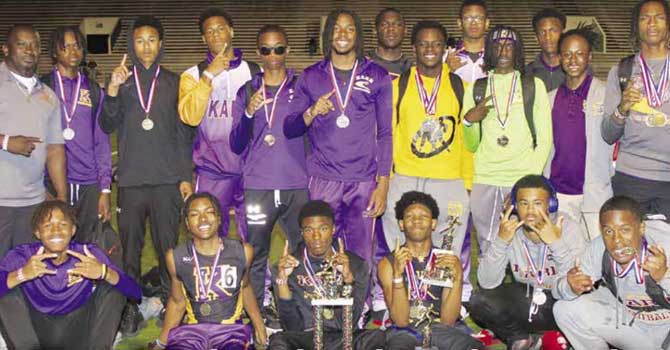 Edwin Buggage Editor-in-Chief, Data News Weekly Inspiration For the Next Generation News narratives regarding Black males in the City of New Orleans
X