We are 15 years past what was the darkest time for the City of New Orleans, where Hurricane Katrina and the breaching of the levees washed away the lives many built across the Crescent City for generations. It was a time where places of leisure like the Superdome and the Morial Convention Center was overrun with people seeking refuge. The same streets where second lines, block parties and the cacophony of joyous sounds of New Orleans was replaced with cries of hopelessness, confusion, and despair.

During this deluge, 1800 people died and 80% of the City was under water, causing billions of dollars in damages displacing a large majority of the City’s residents. Today as you tour the City; in some ways it is a vastly different place from pre-Katrina New Orleans. In this the 15th Anniversary of Hurricane Katrina, we must ask ourselves in 2020 has the City recovered from the ashes rising like a phoenix and all lives have been improved, or is it place where the status quo have been maintained? In addition to the City being invaded by carpetbaggers furthering the racial and economic divide or is it something in between? 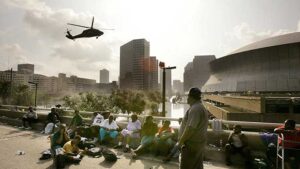 15 years later the official line is that New Orleans has become for some the success story of how a City can rebuild. Also, it’s become a boom City for many young people who are coming to live in the City and experience the rich culture. But behind the veil this rosy picture does not tell the full story of a recovery that does it reflect the reality of the entire City, and what it looks like 15 years later with 100,000 less people, higher cost of living and many living from paycheck to paycheck. And sadly, these changes have left many native New Orleanians unable to return to the City they love.

It is true that New Orleans is doing some great things post-Katrina, but the question becomes where have the majority of investments been made, and who is benefiting from them? Pre-COVID-19, we can look at tourism that brings major events into town and their economic impact, but how are the residents and areas that need the most help seen any of this change in their way of life? 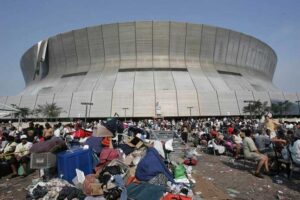 Yes, New Orleans is changing, but it is not for natives and African Americans in particular. For example, we have seen Magazine Street, areas of Uptown, the Marigny, St .Roch and of course the Central Business District re-developed and repopulated, but what you do not see is in the areas where there are high concentrations of African Americans, like New Orleans East and the Lower Ninth Ward being a real priority as far as any real investment?

What you see in the City is progress and distress dance in a daily tango. We see a City that in some areas look the same if not worse than they did 15 years ago. And we know some of our leaders are fighting the good fight, but we must re-prioritize to get those who need, the most vulnerable citizens the resources they need to thrive in the City of New Orleans. 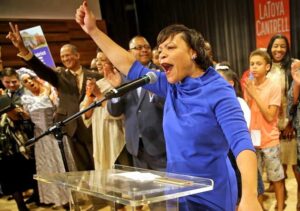 Behind this great comeback story is some in the African American community continue to face the greatest economic challenges. In this City 15 years later you see pockets of prosperity and splendor, which are marketed as the “new’ New Orleans but nestled away, there are communities which still sit with blighted houses that are toxic wastelands; we must ask ourselves is this the kinds of places some of our children should be growing up in and what can we do to improve it?

We must also ask ourselves about an education system that has placed many of our most vulnerable kids inside of a petri dish being used to experiment in the name of reforming our education system. Ultimately, we must ask how are we preparing our young people to take the mantles of leadership in our City? Are we trying to create a City where everyone can have a hand in shaping the New Orleans of tomorrow, or one where only a few will continue to set the agenda for the City?

Will there be parity in power between the Black and White residents, between the rich and the poor? What will the future of the people of New Orleans be? Will those with power even care to create programs which uplift the people, or will we continue to have two New Orleans’ separate and unequal? If this is the case it is a recipe for New Orleans sinking deeper into the abyss and becoming a more dangerous City of haves and have nots?

This is something that nets bad consequences, where areas with resources are priorities in regard to safety and security while some areas are neglected in addition to and poor relations existing between the citizens and the police which only serves to exacerbate the problem in some of our communities. On a hopeful note the present Administration at City Hall is working to create equity and balance the scales making it a priority.

In these 15 years we have seen the City move in positive directions by beginning to remove confederate monuments that are remnants of a racist past. The City’s also elected its first female Mayor, LaToya Cantrell, who is taking on the tough issues and is on the frontlines fighting for people from every zip code to get a piece of the pie.

Gumbo: The Flavor of a People

This is a new day and fifteen years later as the City reflects on where it has been, it must be forward thinking and have a mutually beneficial vision on where it wants to go. New Orleans can no longer be a City that can linger in its past glories. It must move itself forward to face the challenges of becoming a City that can yes, embrace its rich and unique history and culture, but also embrace change and progress. But that change and progress must be for all of the citizens of New Orleans, not just those that are wealthy, well connected, or White.

New Orleans is a Gumbo, and this is what makes it great; and I would argue that the Black culture of the City is the special ingredient and the roux giving it the unique flavor. The food that tourists come to savor is our food. The music they flock to hear is our music. The flavor of New Orleans is our flavor. It is the heartbeat of New Orleans and this City would not be the same without it.

With that said, the future of New Orleans must be one where all can sit at the table of power and determine its direction. Fifteen years ago, the City was shown to the world as a place that was separate and unequal. Today we must work to rectify our ills which still remain and recognize that if this City is to become the great it must deal with issues of equity. The City must invest in the value and potential of all of its citizens. And those who lead whether it is civic, business, faith and an activist community must realize that if we are to recover fully, that all citizens and all neighborhoods in New Orleans matter.

And when we get to this glorious day, we can then second line and celebrate that we have fully recovered. 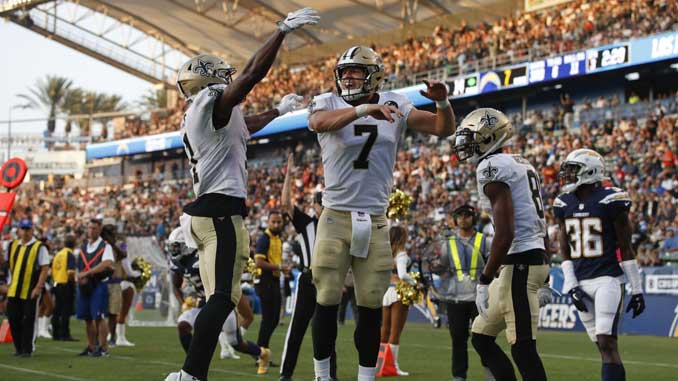