National Sickle Cell Advocacy Day 2019 is a great time to focus on key legislative issues that are important to individuals and their families who are living with the blood cell disorder, including promoting stable funding for research, better healthcare access, expanded programs and increased education and awareness for the Sickle Cell Disease community and programs throughout the country.

Lori Luck, the global medical director for Pfizer Rare Disease, joined Beverley Frances-Gibson, the president and CEO of the SCD Association of America; and Angie Snyder, a professor at Georgia State University, to discuss the latest in Sickle Cell Disease advocacy during Black Press Week in Washington, D.C.

The discussion came ahead of National Sickle Cell Advocacy Day, which is actually held over two days on April 8 and April 9 at the Kellogg Conference Hotel at Gallaudet University in Washington.

The event features advocacy training and meetings with legislative champions and a collaboration of federal partners, as advocates attempt to raise awareness to the disease which affects about 100,000 Americans and occurs among nearly 1 out of every 365 black or African American births.

According to researchers, the illness occurs among about 1 out of every 16,300 Hispanic American births and about 1 in 13 black or African American babies are born with sickle cell trait, meaning that the individual has inherited the sickle cell gene from one of his or her parents.

“We’re educators and we’re not only educating internal clients but external as well,” said Luck, who noted that Pfizer has partnerships with the Centers for Disease Control and Prevention as well as other organizations.

The company also has a partnership with the National Newspaper Publishers Association (NNPA), a trade association of more than 200 African-American–owned community newspapers from around the United States.

The partnership is a collaboration to raise awareness of sickle cell disease, a lifelong and debilitating genetic disorder that affects red blood cells.

People with rare diseases, like sickle cell disease, have unique and complex challenges and the Pfizer partnership provides an opportunity for NNPA to inform and educate readers of Black-owned newspapers in more than 70 markets across the country on sickle cell disease, which NNPA President and CEO Dr. Benjamin F. Chavis, Jr., said is an often misunderstood disease that has a profound impact on the health and well-being of those affected.

“Together with Pfizer, we look forward to providing sickle cell disease education that can underscore the importance of improving quality of care in the community,” Chavis said.

Snyder, whose work at Georgia State University includes researching and advocating for the sickle cell disease community, said it’s important that everyone is educated. “We have to continue to study on what works and doesn’t work for people,” she said.

Francis-Gibson said conversations must take place in and outside the home. “Sickle Cell Disease is personal for me because I have a family member who died from sickle cell disease when I was in high school,” Francis-Gibson said.

“We never discussed it and when I was offered my current position I knew it was my calling because if my own family isn’t discussing sickle cell disease, I knew that other families weren’t discussing it either,” she said.

In December, a bi-partisan bill aimed at fighting sickle disease was signed into law by President Donald Trump.

The Sickle Cell Disease and Other Heritable Blood Disorders Research, Surveillance, Prevention, and Treatment Act of 2018 was introduced by Sens. Cory Booker, D-N.J., and Tim Scott, R-S.C., in February 2018 and passed in the Senate in October. The bill also reauthorizes a current sickle cell disease prevention and treatment program for nearly $5 million each year over the next five years.

“Even though sickle cell disease is the most common inherited blood disorder in our country, research and treatment lags behind that of other chronic illnesses,” Booker said in a statement.

“Our legislation will help find new ways to improve the lives of people suffering from sickle cell disease. It’s time we start treating sickle cell disease as a serious and debilitating illness and allocate adequate resources to monitoring, researching, and treating it,” he said.

Francis-Gibson said advocacy for funding the bill is still needed.

“It’s important everyone comes out during National Sickle Cell Advocacy Day and join me on Capitol Hill because when I’m speaking to the legislators, it’s much better when they look and see all of the people behind me,” she said. 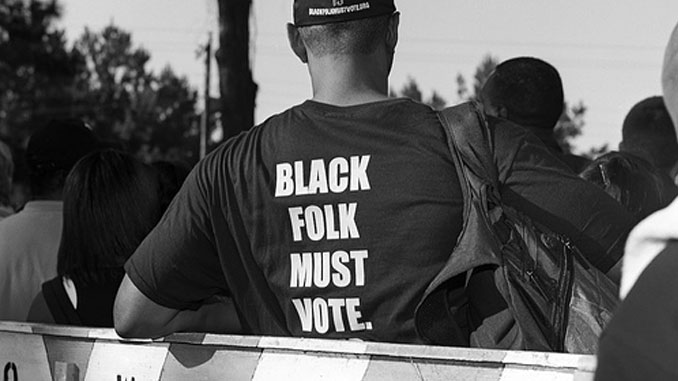