Police-Involved Shooting in Fort Worth (make this bold) subhead
The former Fort Worth police officer who fatally shot Atatiana Jefferson in her home Saturday morning was arrested and charged with murder Monday, police said.

The officer, Aaron Dean, the White police officer in Fort Worth, Texas who fatally shot a Black woman in her own home while she was babysitting her nephew over the weekend has been arrested and charged with murder and posted bail about 3 hours later, officials said. He was being held on a $200,000 bond, according to the county’s inmate information website. 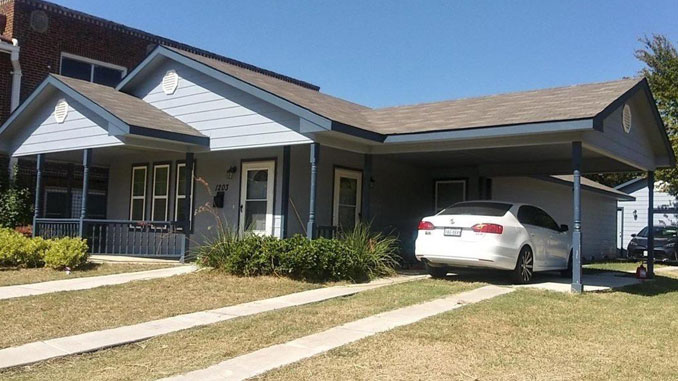 “The family of Atatiana Jefferson is relieved that Aaron Dean has been arrested & charged with murder,” Lee Merritt, an attorney for Jefferson’s family, said in a statement.

“He did get what I wanted him to get, and this is only the start,” Adarius Carr, Jefferson’s brother, told CNN. “There’s no way this is enough. We know this is a good step in the direction where we want to go, but it’s definitely not the end.”

There will be “a long road to a prosecution, conviction and an appropriate sentence,” Merritt said.

Police declined to say whether Dean was arrested by a Fort Worth officer or if he turned himself in. The department’s major case and internal affairs units were “working diligently to conclude the criminal administrative investigation” into the shooting, said Sgt. Chris Daniels.

“We value the trust that we’ve had in our community, we will continue to build that trust,” Daniels said. “To the citizens and residents of our city, we feel and understand your anger and disappointment.”

“My intent was to meet with him today to terminate his employment with the Fort Worth Police Department. However, the officer tendered his resignation this morning before we met,” Kraus said.

If Dean had not resigned, he would have been fired for several policy violations, including the department’s use of force and de-escalation policies, and unprofessional conduct, Kraus said.

The department has presented a preliminary case to the FBI to review the officer’s actions for possible civil rights violations, Kraus said.

“None of this information can ease the pain of Atatiana’s family but I hope it shows the community that we take these incidents seriously,” he said.
Dean was hired in August 2017 and commissioned as a licensed officer in April 2018, Kraus said.

‘There is nothing that can justify what happened,’ mayor says (make this bold) subhead
Fort Worth Mayor Betsy Price said Monday the killing of Jefferson was unjustified.

“I’m so sorry. On behalf of the entire City of Fort Worth, I’m sorry,” Price told reporters. “To Atatiana’s family, it’s unacceptable. There is nothing that can justify what happened on Saturday morning. Nothing.”

Police responded to Jefferson’s house around 2:25 a.m. Saturday after a concerned neighbor noticed her doors were open in the middle of the night.

The neighbor, James Smith, told the Fort Worth Star-Telegram he called a non-emergency police number for a safety check. He said he was worried because he knew Jefferson was at home with her nephew.
Officers searched the perimeter of Jefferson’s house and saw “a person standing inside the residence near a window,” Fort Worth police said.

In heavily edited body camera video released by police, Dean can be seen pointing his weapon at the window and yelling “Put your hands up!

Show me your hands!” He does not identify himself as a police officer.
Two seconds later, he fired through the window.

A doting aunt who took care of her ailing mother (make this bold) subhead
Jefferson had moved into her ailing mother’s home earlier this year to take care of her, Merritt said. Her mother was in the hospital on the night her daughter was shot by police.

Merritt said Jefferson graduated from Xavier University of Louisiana in 2014 with a degree in Biology and worked in pharmaceutical equipment sales.

“She was very close to her family,” Merritt wrote on a GoFundMe page benefiting Jefferson’s family. “Her mom had recently gotten very sick, so she was home taking care of the house and loving her life. There was no reason for her to be murdered.”

He said the funds collected “will go directly to funeral cost and other expenses associated with this tragedy.”