In our role as “The People’s Paper” Data News Weekly continues to give you news that you can use. In this issue, we have complied some of the stories we found to be important in 2022. We at Data News Weekly wish all our readers Happy Holidays and a prosperous New Year. 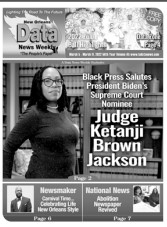 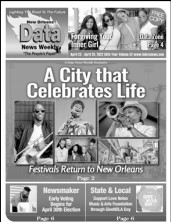 A City that Celebrates Life
Festivals are a big part of life in New Orleans. After the COVID-19 outbreak several major events in New Orleans were cancelled. In 2022 Jazz Fest, French Quarter Festivals came back and better than ever. 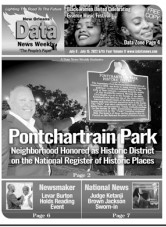 Pontchartrain Park
New Orleans have a great history of African American Excellence. This year Pontchartrain Park, a section of the city how over the years have had many notable citizens as its residents was honored as an Historic District on the National Register of Historic Places.

YWCA Groundbreaking Ceremony
In the fall of this Year, the New Orleans YWCA, headed by Loyce Pierce Wright, broke ground on the rebuilding of a state-of-the-art facility. In attendance were leaders from the civic and business community. The goal of the project is to empower women, eliminate racism and promote peace, justice, freedom, and dignity for all.

Phenomenal Women of New Orleans
The City of New Orleans have many women who are achieving at high levels and making a positive impact on the community in different sectors. This year Data News Weekly placed the spotlight on several of them.

Jamar Pierre: The Art and Soul of New Orleans
He is an incredible artist, whose work has been featured across the globe. Data News Weekly ran a feature story on him and his amazing project that chronicles 300 years of history in the City of New Orleans. 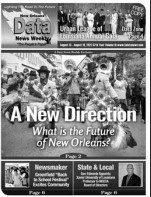 A New Direction
Since Covid-19, many cities have had to re-think their direction and focus. Similarly, questions of New Orleans’ future are on the minds of many residents of the city. Specifically, issues surrounding education, the economy and public safety. 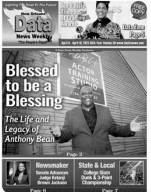 Blessed to be Blessed

Anthony Bean is one that is committed to the children of the City of New Orleans. This year Data News Weekly covered the opening of the ABCT Actor and Training Studio. Where Bean continues to bring to the stage productions that not only entertain but inspire the community. 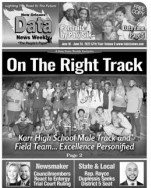 On the Right Track

The Karr High School Male Track Team embodies excellence both on and off the field. Data News Weekly had the privilege to speak to the school’s principal, as well as the coach, and young athletes and their parents regarding their great accomplishments. They are an inspiration to an entire community.

During the anniversary of Hurricane Katrina, Data News Weekly had a conversation with Edward Buckles Jr., the creator of the critically acclaimed documentary Katrina Babies, that appeared on HBO Max. He is a young talent that tells the stories of his native city, telling stories that inform, educate, and captivate. 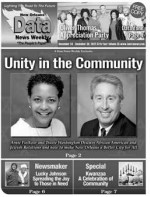 Unity in the Community

The year ended with Data News Weekly telling the story of the relationship between Business and Civic Leader Arnie Fielkow and Civil Rights Advocate, Attorney Tracie Washington. In these fractious times they wrote an editorial regarding Black and Jewish relations in the City of New Orleans and how they are working towards solutions that bring people together. Data News Weekly, spoke with both, gaining insight and publishing a story that we hope can help citizens from all backgrounds find things that can unify them to make the city better for all citizens regardless of their background.