TRIBAL TIMELINE
2017 Hit the Streets
Big Chief grew up with his step father “Wild Man” Richard Ivory Turner of the 9th Ward Warriors, later with 9th Ward Hunters. In 2004 Big Chief and his stepfather with others went with Big Chief Nelson Burk to start the Red Hawk Tribe. Even though he grew up at the knee of Black Maskers (Mardi Gras Indians) he was a late bloomer. Chief started masking, as he said, once he made his own suit, at the age of 30.
Big Chief became a student of the culture, after stints with several tribes to hone in on his craft. From Uptown to Downtown style of bead work, he has perfected his craft. With an impeccable reputation, he received all green lights to bring his own tribe out. No one imagined he would debut with 27 Black Masking Indians strong!

Q) What have been the benefits, as man, in submitting to the process of this culture?
A) Growing up a young Black man in this City of New Orleans, the less time you spend out in the street, the less trouble you can get into, of course. Being in the Black Masking Culture you interact with a lot of children, so you are a role model to them. Being able to talk to them about troubled situations that are going on with them at school or home. Those are the two benefits.

Q) What is your prospective on this culture being spiritual?
A) A lot of us don’t like to say its spiritual or it’s a religion or whatever, but it’s just like when you go to church. The pianist starts playing the organ and the choir starts to sing. It’s the same with drums coming up the street with the old guy with the beer bottle and one of those great singers that this culture; bringing that, you know, spirit, you know!

Q) We know sewing is spiritual, what else does sewing do for you?
A) I tell people its therapeutic for the mind, sewing for 8 hours means you’ve meditated for 8 hours. sewing gives you patience.

Q) Have you received any support from the City or local businesses for you to mask?
A) None, I have absolutely no help from the City of New Orleans to construct any of the suits that I’ve made. I’ve seen my pictures all over, on billboards, on hospital walls, on big poster size pictures in hotels and restaurants. But as far as the City giving me any kind of finances to mask, none.

Q) How hard is it to organize a tribe so large?
A) 27 different personalities, (Chief laughs hard). Very nerve wracking, but I’ve become a very patient person.

Q) What is the spirit of your tribe?
A) The spirit of 9th Ward Black Hatchett is more family orientated. We always try to come together on weekends and do different things whether its sitting down sewing together or cook outs we try to keep everything family based.

Q) Do you feel your suit has to have a theme or story?
A) We’ve all been taught that your suit should tell a story; all my suits have not told stories but all of them have meaning. Like another suit I have, I thought a lot about my Wild Man that passed, well he didn’t pass he was killed violently. On my apron there was a big ole bird in the sky, like spirit almost. So, a lot of times my suit doesn’t tell a story, but they do have meaning. I think, that suit didn’t really tell a story but, it had a lot of special meaning to me because it was based on my Wild Man who passed away.

Q) Over the next Tri-centennial, what do you want Black Hatchet to be known for?
A) I want us to be known by other tribes, as a tribe, that does a lot of brand new bead work every year. Because I honestly believe in order to be an Indian you have to sew. I believe in doing a new suit every year. That’s what I want my tribe to known for. New suits every year, beading their own patches every year and masking every year consecutively.

Q) Chief in next Tri-centennial how do you want to be remembered?
A) I’d like to be known as a humble Chief. But at the same time, one of the fiercest Chiefs to ever put on a beaded suit, to put patches on. I want them to talk about me the way they talked about Big Chief Suge when he was putting it on! You know boucoup beads, plenty feathers; not a real “hum-buggish” person as far as ra ra ra but very hard to beat.

Q) What do you want the nation to know about your tribe?
A) Not just Black Hatchet and the 9th Ward Tribes, all masking Indians. We sacrifice a lot. We sacrifice a lot of time, a lot of money, I don’t want people to think it’s all about the money, because the time is way more important than the money. The work that we do, we just want everybody to appreciate it, come down here and enjoy it, and let us do us. 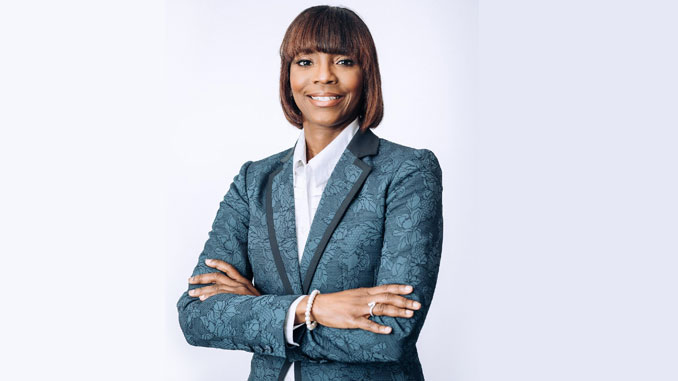