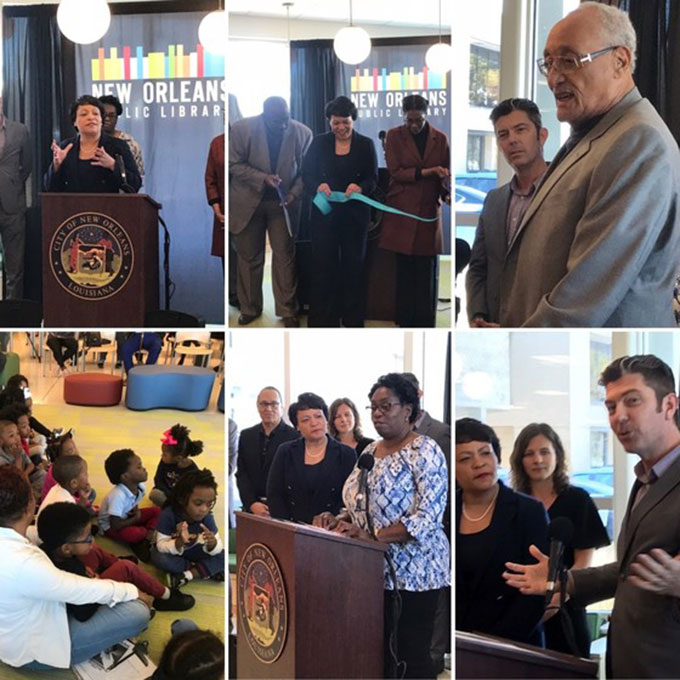 The project featured a $6.4 million renovation of the two-story, 24,000 square-foot facility to provide upgraded spaces to accommodate a daycare, the Central City EOC offices, a Head Start Nursery facility and the satellite branch for the New Orleans Public Library. The outdated building infrastructure was gutted and replaced to meet Life Safety and Americans with Disabilities Act compliance with new electrical and mechanical systems, elevators, stairways and interior finishes. The building facade has undergone a major upgrade with a covered canopy walkway and landscaping. Most of the budget came from FEMA funding, while $211,000 was City funded through bonds.

This new facilities’ features include:

New Orleans Mayor LaToya Cantrell was joined other officials, community leaders and partners to celebrate the opening of the Central City Library location inside the Allie Mae Williams Multi-Service Center.

New Orleans being Recognized as Example of Flattening the Curve