Some people love shoes, others prefer shades, but most fashionistas know that your handbag makes the biggest fashion statement. And you can never have too many fabulous bags in your closet. They are the ideal accessory to add spice and flair to your outfit. Designer handbags have become a unique outward statement of a women’s (and men too) status, fashion savvy and earning power. Add to the rising popularity of luxury handbags is the increasing social independence of their owners. Women and now more and more men buy designer bags often as a reward to themselves to celebrate a milestone, keep up with the status quo, or perhaps as retail therapy. And no surprise, men have become equally obsessed with having a designer name brand to complete their fashion statementDesigner Brands = Making Big Impact: 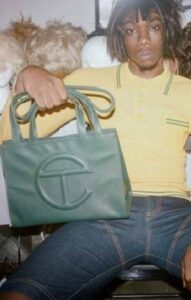 TELFAR – a luxury, unisex fashion line based out of New York City, and it had a breakout year in 2020. Liberian American Telfar Clemens created the brand in 2005, aching to make genderless clothes that fit his fashion vision. Over a decade later, and the rest of the world is just starting to catch on. 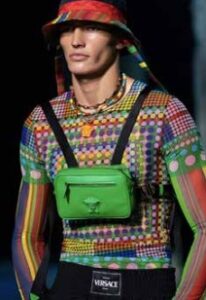 VERSACE – one of the most popular brands to date. Versace became internationally renowned for ultra-glamorous creations as well as spectacular theatrical costumes and innovative menswear designs. Versace’s style combined luxurious classicism with overt sexuality. In 1997, Designer Gianni Versace was assassinated in front of his home by serial killer Andrew Cunanan. 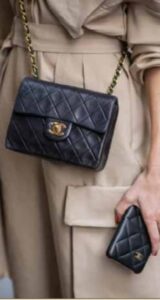 CHANEL – around the age of eighteen, Coco became interested in fashion. In 1910, she opened up a French luxury fashion house that focuses on women’s ready-to-wear clothes… A prolific fashion creator, Chanel extended her influence beyond couture clothing, realizing her aesthetic design in jewelry, handbags, and fragrance. She continues to be an iconic brand that is worn by celebrities, nobles, and royalty. 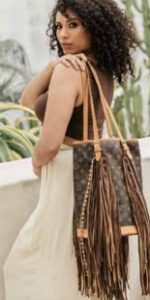 LOUIS VUITTON – was a French fashion designer and skilled craftsman and he established his eponymous brand in Paris in 1854. Vuitton started his career making trunks for Napoleon III’s wife, Empress Eugénie de Montijo, and it was at the age of thirty-three that he opened his own artisanal workshop at 4 Rue Neuve-des-Capucines.

HERMES – a brand steeped in history and tradition, dating back to its establishment in 1837 by Thierry Hermès. Born in Germany to a French father and German mother, Hermès moved to France in 1828 with his family where he would later establish the Hermès brand. Originally, his intent was to serve the needs of European noblemen by providing saddles, bridles, and other leather riding gear.
While today Hermès is recognized as a French fashion luxury goods manufacturer specializing in leather, lifestyle accessories, home furnishings, perfume, jewelry, and watches, the brand was originally a supplier of horse-drawn carriage accessories.

XULA.edu Dr. Joe M. Ricks, Professor of Sales and Marketing in Xavier’s Department of Business, was appointed to the New Orleans
X
About LA Data News 1476 Articles
Lighting The Road To The Future
Website