While the spectators waited in the auditorium of the People’s Health New Orleans Jazz Market, Che’ “Rhymfest” Smith—an acclaimed songwriter known for his song writing contributions on Kaye West’s “Jesus Walks” and “New Slaves”—sat in a room upstairs in a white chair. He had performed in front of thousands before, so, of course, an interview didn’t phase him.

Despite acclaimed fame in songwriting and performance, Smith admitted he didn’t always know who he was—which was why he was there, in New Orleans, for a free screening of his Showtime documentary, “In My Father’s House.” With the help of AARP and 100 Black Men of Metro New Orleans, Smith was able to show the public his personal journey as a caregiver for his homeless father.
“Your story is connected through your parents and your grandparents and their grandparents,” Smith said.  “You have to know who you are.”
Smith said that he saw his father only a few times while growing up. Throughout his life, Smith tried to find different ways to compensate for not having what he wanted.
“I decided to buy my father’s house to kind of have the kind of inheritance for my kids I never had,” Smith said. “And to kind of say, ‘Forget you. I did it. I got your house.’”
“In My Father’s House”
When Smith bought the house, he said he didn’t feel “right,” saying it felt familiar and strange. Sometimes, it even felt like there were “ghosts in the walls.” That feeling led him to asking questions about his dad, such as who he was and if he was alive.
Smith’s wife, Donnie Smith, told him to go find Tillman. But first, Smith, had to forgive his father in order to have a productive meeting. The songwriter’s father was never around, and he blamed Tillman for it. Eventually, Smith became angry, and felt he would “cuss” his father out if he had the chance.
After forgiving his father, Smith had doubts on his father being alive. In the documentary, Smith’s mother gives him a word of wisdom:
“If you didn’t think he was alive, you wouldn’t be trying to find him,” she said.
So, Smith searched and eventually found Tillman, who was homeless and an alcoholic.
“When I found my father, he didn’t run out on me at all,” Smith said. “My father had been homeless for 35 years. This dude that I was blaming all this time—I never knew his story.”
From there, Smith attempted to rebuild his relationship with his father.
However, restoring his relationship with his alcoholic father was not easy. After their first reunion, in the documentary, Tillman requests Smith to take him to the liquor store, to which Smith refuses. A few meetings later, Smith asks his father would he ever stop drinking.
“Would you tell a bird to not fly? A fish not to swim?” Tillman replied, laughing at the absurdity of him drinking.
Rebuilding their relationship was a learning experience for both Tillman and Smith. Tillman had to learn to live in a world he was not familiar with—which is evident by Tillman’s request to have an inside job, such as “running an elevator,” a job that didn’t even exist anymore.
However, Smith had another learning experience. He had to learn to be a caregiver to his father, and not a parent. He had to learn to be patient with his father, to not expect him to adjust to a different life so soon.
“I had to realize I brought my father to an alien world and expected him to know how to do it because I knew how to do it. We expect everyone to live like us,” Smith said.
The Discussion
“We as Black men need to become comfortable with holding each other accountable and still loving each other after,” Smith said in a panel discussion held after the screening.
Smith went on to answer questions moderated by Dr. Calvin Mackie. He covered topics such as the mental health of Black men, how his role of caregiver changed his attitude toward his own journey with fatherhood, and even New Orleans.
“I’ve been here for three days and I just found out I could speak,” Smith joked. “They [New Orleanians] knew I wasn’t from here because I wasn’t speaking. And when I started speaking, I felt this rumbling in my soul. I felt like a village again.”
From there, Smith gave advice to Black men—to pass on their knowledge to the younger generation. In keeping what they knew, they were preventing the younger generation from growing.
To the younger Black men, Smith told them to take pieces of every positive Black male they looked up to.
“The way he dresses, the way he takes care of his family, the career he has, the way he presents and projects himself—you take all those people and make it into the father you want to be,” Smith said. “Take pieces of those people and build yourself.” 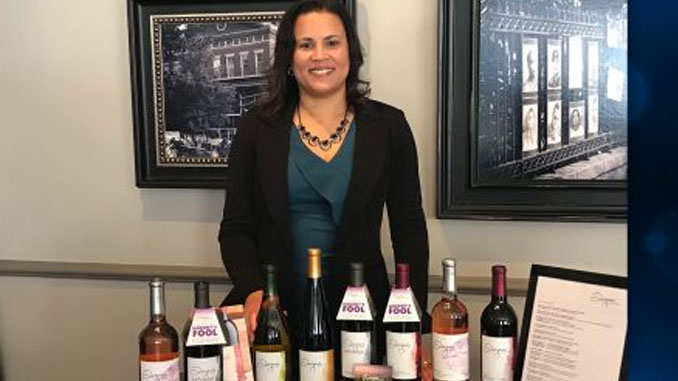